Martial Arts as a Way of Life 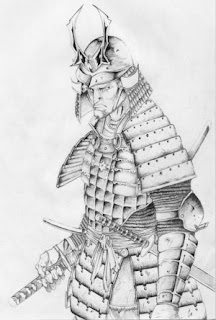 I thought about this early on in my training thanks to an truly enlightening and amazing Sensei when I first began my own journey. However, because of many many many countless reasons and circumstances, it seems to have always been a point of frustration. That "martial arts as a way of life" turned the entire world into black and white questions; or more so, answers. Either you're living "martial arts as a way of life" or you're not. Either it works or it doesn't. A "martial artist" has to do this, and can never do that. Thinking this way has forced me into an ever-apocalyptic state of mind. Everything seemed to be an ultimatum, and goals seemed so many decades in the future, or maybe a couple hundred years in the past. This way of thinking has brought me to where I am, and still plays a part, but I can see its limitations as well as its potential threat to my health and sanity.

So, lately, I have had a bit of a revelation concerning what it means to practic "martial arts as a way of life." Looking back to my experiences in the martial arts, to my situation now, and to my future goals, I'm constantly looking for common threads. And it seems any kind of ultimatum, apocalyptic, black and white limitations are beginning to seem trivial or limited next to an instant and perfect realization of the wonderful nature of the people I've trained with. Aside from any tangible practical reasons, I've been attracted to martial arts because of the students and especially the teachers. I've kept up and revitalized my enthusiasm time and time again because of the same reason. Now I'm beginning to think, "Yeah, those other things are definately awesome, but, there's something different about the people I've met along the way." "Martial arts as a way of life" now seems to me to be something real and tangible, and relating to every single microscopic part of my life ... and it doesn't have to be so judgemental.

I saw this clearly today when talking with my students at school. I can't really explain it, but that's when it happened.

Anyway, enough of that, time to practice wazas!
Posted by Zacky Chan at 5:31 PM

Labels: Aikido, martial arts as a way of life, teaching English in Japan