The other night I watched "the 11th Hour" documentary about the current state of environmental issues and focusing on global warming. I couldn't help but watch it with the incessant searching eyes of a martial artist and noticed a particularly interesting bit 1 hour and 2 minutes into the show in the words of ecological designer, John Todd:
"Whether we're talking about the design of a factory, or a building, or a road, or even a town, it's much easier to design in isolation and superimpose a design on what exists. But if we were to follow nature's operating instructions, it designs in exactly the opposite way. It brings in to the pallet, so to speak, all of the kingdoms of life and then works symphonically to create an end result, which might be a coral reef or might be a forest."
So, as martial artists, is your desired goal more like a factory or forest? Are your training methods more like a superimposed plan designed in isolation, or a symphonic creation which recognizes the surrounding conditions? Of course this is just an analogy, and most likely your plan lies somewhere between the extremes, but it may be interesting to think of what your training would look like in consideration of this analogy. 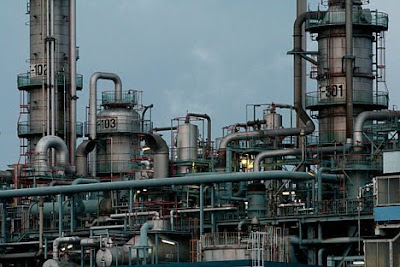 Think about the lifespan and purpose of each example; factory and forest. A factory is built with a specific purpose in mind. Until the factory is built, it cannot start production. After it is built, it will have a lifespan that will inevitably end and decrease in performance along the way. It will require repair, if not a complete demolition and reconstruction. If the factory is around long enough, those who have to perform maintenance and reconstruction will only have blueprints and abstract concepts to base their idea of the original form on. 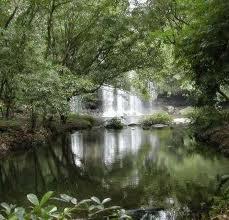 An environment of interconnected natural organisms on the other hand, has no specific purpose. If you could take a leap to make any judgements, it's goal may be to stay alive, and keep producing ... but equally so destroying and regenerating. Because there is no purpose, there is likely no beginning or end ... it simply is. Any distinctions or categorizations are inherently limiting explanations. You can analyze a flower in the forest and say that it's purpose is to produce pollen, but to dwell on this one specific would be to ignore the infinite amount of similar other "purposes", which can be a method of inquiry more misleading than enlightening.
Certainly, humanity's ability to manipulate "form" to achieve certain specific goals is something that can be of great benefit to a martial artist, but perhaps we should keep applications of "form" in consideration of an interconnected environment that has no beginning, end, or purpose. Could we say "Green Martial Arts"? Healthier on the surrounding environment and self as opposed to self-destructive and outwardly violent? For those who have thought about such dichotomies and distinctions, I'm not just talking about "internal" and "external" martial arts; or "hippy-peaceful-chi-loving-magic" martial arts and "young-male-aggressive-destructive-UFC"martial artists. This transcends style and judgements, and can be achieved within a wide variety of outward manifestations.
Anyway, perhaps I have forests on the brain because I have very important plans of travel for the next week. My first proper Gaijin Adventure in at least 6 months! Unbelievable. But yes, I am resuming true Gaijin Explorer antics by visiting far-off ...
YAKUSHIMA!
It is now semi-spring break, (I say "semi" because there's no school, but most students still have to come for club activities, and teachers still have to come because ... mmmmm ... I have no idea) and I am using a week's worth of paid leave to initiate the coming of spring, since it hasn't happened yet. Maybe it needs a little encouragement by yours truly to break out of winter slumber. I've been planning a trip for this time period since December, and actually initially wanted to go to Shikoku (the fourth biggest island of Japan, see map below) for a whole new environment, unknown rural areas, slightly warmer temperatures, and epic mountains to climb. 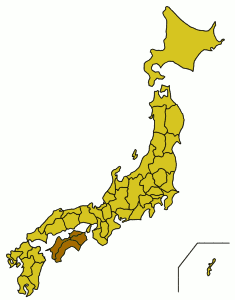 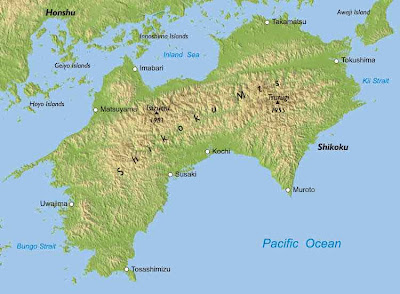 BUT ... then I decided to upgrade my plan (with no disrespect to Shikoku, it's still very much at the top of my list of places to see in Japan). If I'm leaving Japan in August, then I'm damn well going to make sure I see something that challenges my imagination ... I'm looking a bit further to a kingdom of SUPER-epic proportions! YAKUSHIMA! 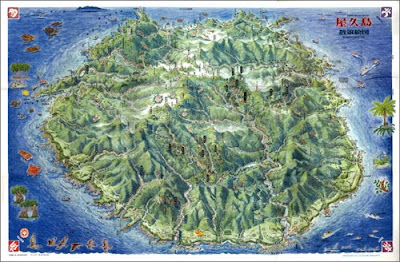 Super-epic mountains covered in super-epic forests of cedar trees located on a tiny circular island of the coast of the most south-western point of major Japan ... it is also going to be super-epic-expensive ... but a cache of gold means little to this gaijin.
There are many specific reasons why I want to visit this place so bad, but there's also this over-arching all-consuming mystical draw to the island. I think the source of this is that which is most famous on the island: yakusugi. (Yaku - the island, and sugi - cedar trees. Actually, sugi are often called "cedars" in English, but really belong to the cypress family of trees. In this blog I'll just refer to them as sugi to avoid confusion.) The oldest of these trees are estimated to be beween 2,600 and 7,200 years old.
7,200 YEARS OLD!!!
The island is also famed to be the inspiration of Hayao Miyazaki's anime, "Princess Mononoke" which takes place in a forest filled with magical spirits. A great film, and one of my favorites.
So, I plan to leave tomorrow, first on a 3 hour train to Osaka, and then a 12 hour overnight bus to Kagoshima. One night in Kagoshima, and then it's a 4 hour ferry ride to Yakushima, where I'll stay for 5 nights; two of which I hope to spend camping around the 1,900 meter (a little more than 6,000 feet) peaks of the island ... but this has become a very strong hope. In the winter, these mountains get large amounts of snow despite their southern location, but in all the guidebooks and information sites I read, all the snow should be melted by April. However, we've had a particularly long, cold, and snowy winter in the mountanous regions of Japan, and there is still snow at the peaks in Yakushima. I've tried to investigate just how much there is exactly, and future weather forecasts, but I haven't heard any information other than it was deemed "very dangerous" by the park authorities two weeks ago. I am feeling extremely adventurous, and this is a very expensive and important trip I've been planning for months, but I also want to practice more aikido and write more on my blog, so I will make safety the number one (or at least in the top five priority list) during this trip. It seems at best, I'll be able to freeze my ass off safely in my tent at the top of the mountains, and at worst, settle for day trips and see how high I can get. Last night I pondered postponing the trip until summer when I could have a better chance at ideal conditions, but I know too well the high risk I would be taking of never making it to Yakushima. Now is the time, and I'm going no matter what ... I just really hope I can make it to the top.
Could this quandary be any more relevant? Should I do all I can to superimpose my design on nature blindly ignorant of current conditions? Or should I adapt my plan appropriate to the conditions? Factory or forest. Again, certainly a happy-medium of sorts is desirable, but exactly how that's going to work out is a mystery to me now.
My life is not a factory of quotas, commodities, gross production statistics, or any other fancy terms I really don't understand about economics ... but is more likened to a an ongoing organism with no purpose other to live gloriously. 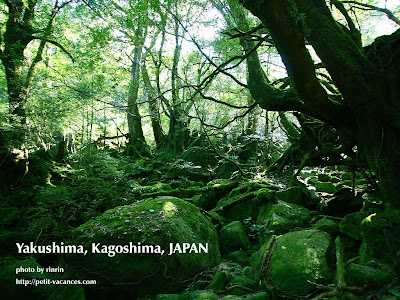 (If they ever come out with pills to balance right and left brain activity, maybe I should consider taking "left-brain" supplements.)
Posted by Zacky Chan at 1:31 PM