the "Art" in "Martial Arts": Part One of Many 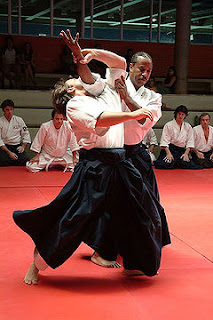 I think in images. They are followed by feelings. This is largely how I make decisions in my life.

As a young boy, I was a drawer. Of all the childhood activities that were scattered through my time, it was putting a pencil to blank white paper where I practiced with the most enthusiasm. I remember it well: the complete freedom of a blank page, that one simple instrument. I didn't erase much. If I did, the previous line would be replaced by a better one, and I would move on. I would draw a picture for maybe thirty minutes to an hour, then put it somewhere never to be seen or thought of again. 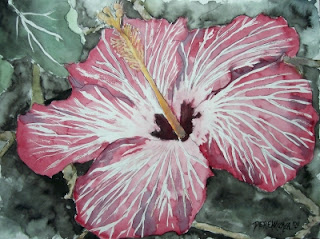 I don't draw anymore. Since then I've attempted several returns to that age, but they just don't work. So, I don't try it often. The great change came with puberty. A maturation of muscles and development of desire in a social world ushered in an age of physical activity: namely organized sports and skateboarding. A creature of activity, satiated only by physical motion. But not just physical motion itself, physical motion with a goal. I'll get back to that in a second.

I am still like that, I think. My life is largely determined by physical motion. The difference is that it started in organized team sports and has evolved into practicing Japanese martial arts; namely aikido and kyudo. (One interesting constant though has been board sports, skateboarding when I was in middle and high school, and snowboarding now in Japan). I said "Japanese martial arts", because it's a very specific practice within the umbrella of "martial arts" as a whole: its differences greatly affect my experience of martial arts. One of the most intelligible differences can be found in the suffix "dou" (karate-do, aiki-do, kyu-do, etc). But that is a topic worthy of another post to come. What is relevant to this discussion is the image of Japanese martial arts, and the feelings produced from those images and its practice. I express my tendency to images by being interested in the image of Japanese martial arts, and by most of all being the image by participating. By participating in the art, I am using my physical body in motion, and the combination of my imagination working with the images and my body with the physical world, a certain feeling arises and exists. Kind of like the kokyu that arises from correct form in aikido, or a clean hanare (release) built from proper form in kyudo. Everything together is the picture of art that I make, each segment playing its respective part, yet totally inseperable from each other as the whole. This is my art. I practice for a couple hours at a time, consciously making corrections by the guidance of my peers, and forget the experience after I'm finished. 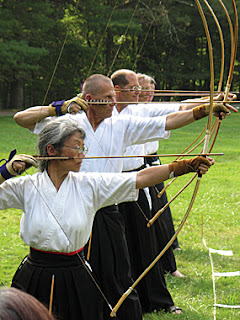 So there's my current practice of martial arts which I consider to be a legitimate medium of creativity. There's the little boy who used to love drawing pictures. There's sitting zazen. These are like islands of definite something rising above nebulous mists. I don't often try to draw anymore because I just don't know what to do. I sit there for an extended period of time, draw a few lines I'm disgusted with, erase, try again, and give up. I have such a strong desire to "create", but it doesn't come through. When I was a boy, I had a strong image my hand just seemed to create with purpose. Now all of those pieces are hopelessely disparate. I like writing. Actually I love writing on this blog. I always carry a pen and paper with my and on average scribble about 2 to 10 pages a day of varying levels of nonsense. Sometimes I write uncontrollably. Sometimes only a few words a day. This tendency is very important, but its focus also belongs in another post. What's important is that sometimes I want to write something poetic. Then ... blank whiteness. I'll have some kind of image, and the intense desire to create something of worth in writing, but all else is lost. I'm sure other writers must find this strange desert in the imagination as well. On the contrary, writing on this blog is where I feel best, and within all of my range of blogs, it is the ones of very specific detail that I am most fond of. Usually either communicating specific realizations found from training sessions in aikido or long stories of bike rides in the mountains. (Funny thing is that I haven't done that much in the last year) What is the difference between my desire to write poetry and the documentation of my blog? 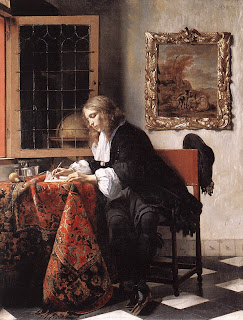 My personal expression of art needs this kind of purpose. If any of my writing could be called art, or skilled in a kind of art, that is other than just relaying facts, it is not of conscious design but merely an effect of the overall mission to write. If there is beauty or art in my movement of martial arts, it is not for that purpose, but merely an effect of that specific technique. This truth is not built by thought, but an effect from my life. This is very important, and it finds its way snaking deep down in the depths towards some kind of core from which the roots of other arts blossom. 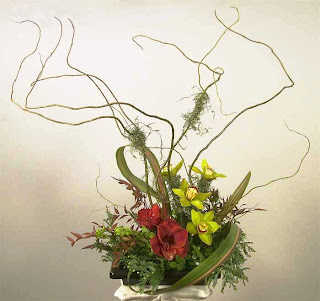 The other day I visited an ikebana (the art of flower arranging) exhibition and was absolutley blown away. First of all it was just beauiful; and there were so many different kinds. This is a kind of art that is designed for beauty. It's different from my arts. But it is all art. I don't know ...

I don't really know what it is like to create art for the sake of beauty; I wonder how much I can relate to painters or practitioners of ikebana. I think of music as well, an art designed for creating sounds. That is very different as well. That is very interesting to me. That is all. 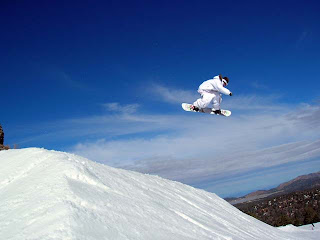