(Continuation from the previous blog entry, "In Medias Res") 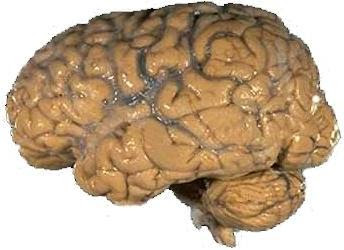 Having a beautiful mind is a difficult thing to define or describe, because by itself it is just an organ stuck in our heads. I tried listing words that describe a "beautiful" or "ugly" mind, but they are all subject to circumstance and can fall on either side of judgement just as easily. After all the reading I've done of Buddhism, martial arts, and concepts of "no-mind", I'm finally realizing that it's not the mind itself that has inherent qualities, but that it is its use that we can define or judge. A hammer can be no more than a stick in isolation, but once you put it to use, it's the reason why we can make a beautiful palace. Decorating a hammer makes it no more useful than putting on make-up to take a written Japanese proficiency test. (Though it could certainly be argued that it could help by empowering the user with feelings of enthusiasm and belief to affect the action of building a house or taking a test for the better, depending on what is "better". Man, this is really tricky business defining a beautiful mind.)
So how can we make the act of using our brain beautiful? Now as I try to describe the beautiful action of a brain in my head (pun intended), I fall into the same subjective trap that I did before when trying to define a brain itself in isolation. How can something so influential and important be so indefinable? If we take a look at other similar indefinable terms such as ki or tao, we will find them cluttered with loads of limited and unsuccessful definitions. Perhpas it is like ki in aikido movements in that, if you only practice trying to produce ki, you will generate very little skill in aikido compared to the person who focuses on technique and has ki manifest naturally. So if we use this analogy, it does us little good to focus on the power of our brains as opposed to focusing on its actual specific use.
But this conclusion doesn't appease me.
I think it's because I've separated physical definable phenomenon from phenomenon that is indefinable by our five senses. And so I think another division is necessary. I don't think "mind" and terms analogous to "the Tao" are the same thing (any more than a pen cap is the Tao.) The Tao is the manifestation of life that exists due to interacting forces which constantly change in the arena of the infinite void of emptiness. The Tao reaches to the top and bottom of infinite time and space, and this is not the mind I seek to define. We use the mind to experience the Tao, but it is not the Tao (anymore than a piece of lint is the Tao.) The mind is a tool with a use and inherent limitations, but its range of use and limitations are far wider than anything else in the phenomenonal world, and in fact, it is responsible and controls most all phenomenon in our bodies and experience. So with this limited yet undefinable and all-powerful organ of the mind, we really do have a bridge to the Tao, and complete control of our lives don't we?
Complete control of our lives.
Is that possible?
Do you believe your answer?
Do you understand and take responsibility for the gravity of your answer?
I'm going to settle with this conclusion for now, but I don't like it:
A beautiful mind is one that acts naturally.
Posted by Zacky Chan at 9:50 AM