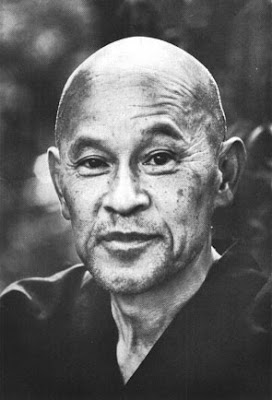 "It is necessary for us to keep the constant way. Zen is not some kind of excitement, but concentration on our usual everyday routine. If you become too busy and too excited, your mind becomes rough and ragged. This is not good. If possible, try to be always calm and joyful and keep yourself from excitement. Usually we become busier and busier, day by day, year by year, especially in our modern world. If we revisit old, familiar places after a long time, we are astonished by the changes. It cannot be helped. But if we become interested in some excitement, or in our own change, we will become completely involved in our busy life, and we will be lost. But if your mind is calm and constant, you can keep yourself away from the noisy world even though you are in the midst of it. In the midst of noise and change, your mind will be quiet and stable.

Zen is not something to get excited about. Some people start to practice Zen just out of curiousity, and they only make themselves busier. If your practice makes you worse, it is ridiculous. I think that if you try to do zazen once a week, that will make you busy enough. Do not be too interested in Zen. When young people get excited about Zen they often give up schooling and go to some mountain or forest in order to sit. That kind of interest is not true interest.
Just continue in your calm, ordinary practice and your character will be built up. If your mind is always busy there will be no time to build, and you will not be successful, particularly if you work too hard on it. Building character is like making bread - you have to mix it little by little, step by step, and moderate temperature is needed. You know yourself quite well, and you know how much temperature you need. You know exactly what you need. But if you get too excited, you will forget how much temperature is good for you, and you will lose your own way. This is very dangerous."
These are the words of Shunryu Suzuki (1905-1971), a Japanese Zen teacher who started the Zen Center in San Francisco. This quote is from the book, "Zen Mind, Beginner's Mind" which was generated by a series of talks given to his students. To be honest, this isn't the exact quote I was looking for, but I think it suffices to reveal my thoughts on the topic: If Shunryu Suzuki was an aikido teacher, I think this is the kind of aikido he would preach. This is also what my own Sensei is always saying, without saying it. This is the kind of aikido I want to practice.
I think this is particularly interesting because to downplay enthusiasm for students of aikido, particularly those of young Americans, is to kill a lot of motivation. But is that motivation honest? Perhaps, but in my opinion it seems misguided. 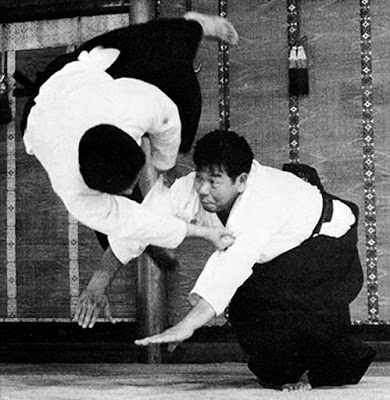 "But Sensei, isn't the point of aikido to get better at aikido?"

"Not really."
"So our goal is to not get better at aikido."
"No, of course we want to get better at aikido. That is why we practice! But it is not why I practice aikido. "
This conversation has never happened just as I wrote it, but could just as easily be made between us on a Wednesday night when we drive to the Uozu dojo.
In my most arrogant of moods, I think anyone who really cares about aikido should be an uchi-deshi (live-in student) and practicing aikido for 8 hours everyday. How anyone would get paid or get food is not the kind of question that has room in such a maelstrom of ego. What would happen if I got sick or injured? Who would build houses? Who would give company to my parents? Maybe a more serious question would be, what if you lost insterest in aikido? You would be a fool, lost, sick, worthless!
"Zen is not something to get excited about" does not mean we should not be excited about what we practice, I think. Being excited about something is a wonderful side effect of the good things in life, but to let it be the leading factor in something important in our lives will leave us open to weakness when it is not there. In practicing aikido, aren't we trying to become stronger? More consistent? More independent? Then why is it so easy to become dependent on it? I get excited about aikido very often, but if I rely on that, at any moment I am not excited my aikido is dead and I am weak.
My sensei says, do not let your aikido interfere with your daily life. If you get sick or injured from aikido, then you can't go to work. If you come to aikido during your only free time, then you won't be spending it with your family and friends.
The Point (with a capital P, I want to emphasize) is not to get better at aikido. This is obvious to even those who have no experience with aikido, like Shunryu Suzuki (actually I don't know for sure if he never practiced aikido, but I'll take the chance for the sake of this discussion). Here is a quote from Stephen King on the matter of writing:
"It starts with this: put your desk in the corner, and every time you sit down there to write, remind yourself why it isn't in the middle of the room. Life isn't a support-system for art. It's the other way around." 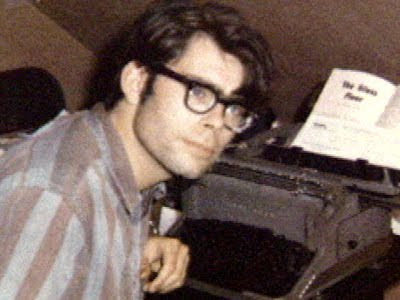 Every sentence of my life does not need to be accompanied by, "My name is gaijin and I practice aikido because I want to be the best in the world." No one needs to know that I practice aikido. No one needs to know it happens to be one of my favorite activities in the world. No one needs to know that it is the inspiration for a lot of my being. My aikido is revealed in every seamless aspect of my actions and non actions. I don't need aikido. I don't not need aikido. If I ever need to use my aikido, it is less my aikido and more myself. When I stare at the reality of confrontation, it is not aikido that is staring for me, it is my own eyes.

"Is Taiji Quan practice the reason for your longevity?"

-Interview with 105-year-old Taiji Quan master Wu Tu-Nan, from "the Way of Qigong." 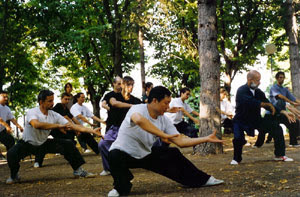