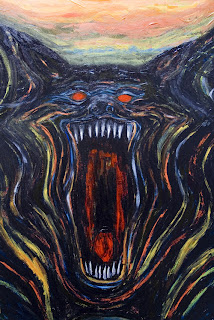 The motivation for this post is a short documentary of the zen priest, Nishijima Roshi called "Buddhist Life" which can be found on Youtube or a couple of posts back at the wonderful zen blog, http://hardcorezen.blogspot.com/ created by Brad Warner. Like most of my recent posts about aikido, this is also inspired by the frustration I have with the lack of aikido training I have right now. Aside from the specifics altogether, this is another monster that crawls from the depths of my void; one not quite understood yet I seek to describe it.

Zen is very strange in its simplicity because, it's not zen and life, but zen as life. Practicing zen doesn't necessarily seek to create or give one anything. In fact, I think it seeks to be as little as possible in order to have the effect of realizing your life. It does so by cultivating intuitive knowledge of the universe, clarity, and relaxation (which could arguably be called one thing: Enlightenment). One could cultivate these qualities without zen, and if they could achieve doing so, then they wouldn't need to sit and would probably be doing something else. One could maybe say that in zen, there is just sitting; this tiny practice which seeks to be as small as possible for one to reach certain goals.

But in aikido I am gaining something; this is a difference between zen and aikido. I use up time in order to learn specific techniques and movements. I practice these to achieve certain effects. Some are martial, but otherwise I seek intuitive knowledge of the universe, clarity, and relaxation. If I could accomplish these goals of aikido without doing aikido, then I would be doing something else. I think it is important to realize this. If I want to achieve the goals of aikido, martial ability for example, then I should focus on those goals and practice the techniques of aikido, because that is my goal. However, if my goal is simply the act of going to aikido itself, then that is something different. In that case I should also just go and do it. So aikido is something if it is a means to acquiring a goal, but then it's also nothing because all that is real is the goals. On the other hand, aikido is nothing, because it's just me doing the physical movements, but then it is something because it is the goal in and of itself. In this way, it is the same as practicing zen. They can be just tools to reach goals of realizing life. You do not necessarily need them to do so, but they are intelligent tools used in order to realize your life in as simple a way as possible.

Many zen texts and practitioners do not say that zen is the "best" way, but the "easiest" way. One doesn't "master" zen because they are smart, but because they are "stupid", and must struggle to truly understand its nature. This is real accomplishment. I do not practice breaking bricks with punches to feel my strength and tell myself I am strong. In that I would not really be learning something, but just encouraging a lack of ego, and in the end, make it a very difficult path to reaching enlightnment. I practice aikido because I feel it teaches me a very honest way to understanding myself and the universe by continually challenging me to use things other than myself (other than my muscles) and continually changes once I start to understand it. I don't necessarily criticize other ways as "bad" or "stupid", I just practice the way I do because I have certain goals that I think aikido can help realize, I have a certain nature that performs "well" within the realm, and I just like going to aikido.

If they are nothing, then perhaps I shall not do them.

What is in front of me is my existence, and courage and clarity is being able to deal with those things. Where I may desire to go, is my intelligence and cunning to find a way to get there. If aikido and zen are before me, I will do them. If not, I will not waste worry and energy. 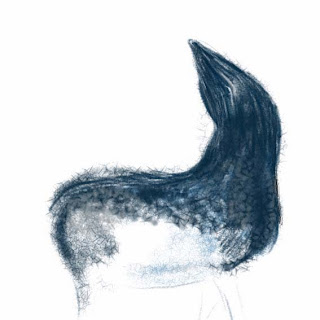 I have been a particular phase of incredible energy lately, one that has seen "a lot" done; both positive and negative. Postive in time spent consciously trying to advance those things that I do with the utmost of effort. Negative in the amount of worry, ego, and wasted energy on the costs of my ambition for more. We can calculate the phases of our life if we like, and if it doesn't hurt, then "go ahead!" I say. But, if we consciously deny our intuition concerning the current feelings of our life in favor of abstract goals which seek to contain them ... then I would call you a fool. If I have any direction in my life, it's to not be a fool in my own eyes.

Already in folly I write that sentence.

Let me write no further for now, but drink another happo-shu (cheap beer-like drink that has become my substitute for beer), watch some "Kung-fu Panda 2" which I didn't finish the other night (a cheerful break from he all too epic-violent-sexual "Spartacus"), and go to bed, not to wake in fear of accomplishing what I need to accomplish, and rather wake up to do what is to be done.

Some creature that has controlled me for months has passed, another which has been incubating for who knows how long now emerges. I wonder if there is some significant cosmic happenings going on tonight ... in planets and stars and such. 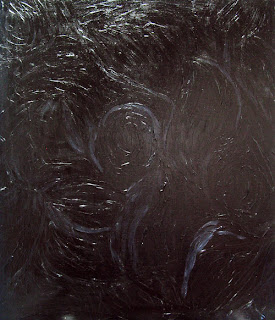