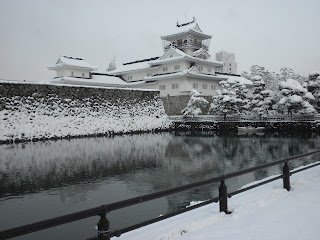 (Toyama Castle amid recent heavy snows)
Here again is another discussion concerning Soetsu Yanagi's wonderful book, "The Unknown Craftsman: A Japanese Insight into Beauty." It has become an incredibly slow read, but only because I've enjoyed it so much and wish not to rush through, instead trying to tease out the most interesting aspects to discuss here on this forum. I've found this book particularly interesting because I relate to his discussions and seek the same: making connections between different modes of art which seek to honestly express ones experience of reality. However, I've also come across many points of disagreement. Let's look at one I found on page 127 in his chapter, "Buddhist Idea of Beauty."

"What then, is Englightenment? It is the state of being free from all duality. Sometimes the term "Oneness" is used, but "Non-dual Entirety" (funi) is a more satisfactory term because Oneness is likely to be construed as the opposite of duality and hence understood in relative terms."

Though Mr. Yanagi's efforts seem genuine, I believe his attempt to define enlightenment fails to accurately do so. In my opinion, his efforts to remedy any misunderstanding of the term Oneness, which may be interpreted as the opposite of duality, is well warranted. I agree that one must understand that Oneness is not an opposite in a relationship, but a holistic state in and of itself. However, by using the description of "Non-dual Entirety," one is still trying to negate the idea of duality and relativity, which is entering an argument of dualistic proportions. By attempting to negate a misinterpretation of Oneness, one is entering into duality. I don't think this is not the Oneness he is attempting to describe. In order to see, understand, or be Oneness, I think one must incorporate duality into the equation. Oneness is duality. Duality is a part of onenness. Oneness is also things other than duality. If one of those things is non-duality, that is also duality, but this does not limit Oneness. Instead of saying "Oneness is not duality", I think it is better to say "duality is Oneness."

Yanagi continues on page 128, "The Undifferentiated, the Non-dual, is assumed to be the inherent nature of man; all Buddhist discipline, therefore, has as its goal the achievement of this Non-dual Entirety. To be in the Non-dual state forever is the meaning of the expression "entering into Nirvana", which is the same as "attaining Buddhahood." 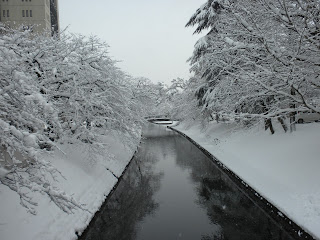 Here I also think Yanagi's words betray him. He speaks of Nirvana as something to enter, and enlightenment something to gain. But this said, means we are outside of Nirvana, and without enlightenment. But isn't that just back to the dualistic argument we're trying to not solely engage? He already states, "The Undifferentiated, the Non-dual, is assumed to be the inherent nature of man."  Isn't this enough? I relate to his discussions, which is why I so badly want to understand them and find the most accurate way to describe the experience of life as possible. But alas, trying to do so is endeavoring towards failure merely upon the first step. There is no step to take, we are already there. There is nothing more to see; we already see it. Our experience as is, is Enlightenment.

But, there is something else; a desire, a goal, a journey. As if we do not understand our own Englightenment, we search to find, attain, and enter it. This is paradoxical quest, and so our discussions of it will share the same fate: duality.

One (of many!!!) potential aspects of my misinterpretation of this discussion concern language. In studying the Japanese language and Japanese martial arts, I've found that the Japanese language does in fact have words to accurately describe certain phenomenon which are considerably distorted when translated into English. Is this the same with Buddhism? Are Soetsu Yanagi's accurate descriptions warped by the English translation? The real word in question is "Non-dual", which is even given in Japanese in the book perhaps in order to signify a difference between the Japanese and English translation. Non-dual: funi. I looked up the kanji (Chinese characters) for the word in order to gain more insight, or some kind of nuance, but if there is one it's lost on me.

The character 不 is included in many words, and has a slightly different connotation in each word. Perhaps if one understood each of those words, some kind of nuance could be discerned, but it is beyond me. Generally, the character means, "not", and that's as far as my understand can tread.

One can be skilled in describing certain phenomenon, and the Japanese language is an excellent tool used to do so with more intuitive concerns. However, the big-dog, this Oneness business, may truly be beyond all descriptions. Perhaps we should leave it as that: Oneness. 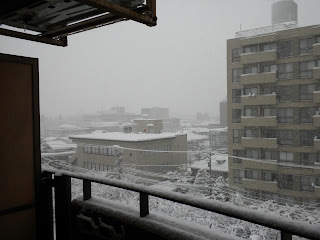 On a more specific note, I'm going on a small trip with my Aikido dojo to an onsen in Shizuoka Prefecture. It is really ridiculous in a wonderful Japanese traveling sort of way. We're going by bus to somewhere really far away for onsen which will only last one night. Why don't we just go somewhere in Toyama or one prefecture over instead of across the mountains? Well, not my problem, I'm not planning the trip. I'm here to sai "hai!", pay money, and enjoy the ride. Sensei has been planning this trip for a little less than a year, so it's a pretty big deal. I'm looking forward to this trip of long bus rides, onsen, fancy Japanese food, and of course ... a lot lot lot of sake. Aikido is not the purpose of this trip, and there will be no planned aikido training ... but I hope to procure some words of Aikido wisdom from Sensei before things get a little too blurry.
But then if we do Aikido once, aren't we always doing aikido? There is nothing to enter, nothing to attain: I am Aikido!﻿
Posted by Zacky Chan at 11:14 AM