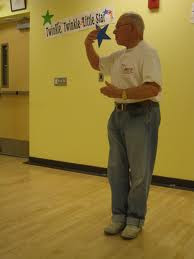 This is actually a really random picture. I google imaged "tai chi chuan cloud hands" and found this, and I don't see any tai chi chuan in this picture. I'm posting it as my model of bad tai chi chuan from a first impression.

Anyway, for the first stint of almost a year in Japan, I practiced my tai chi chuan form very consistently as I was practicing aikido, and found a lot of new things, but ever since my trip back to the States two months ago, I've probably done the form only three times.

Well, tonight was one of them, and I felt huge differences. If anything, huge incongruities between my form and the ideals of tai chi chuan. Generally, there were two very big things that stood out.

First, the relaxedness of my shoulders and weight of my hands. I found a huge disconnection between my root and the weight of my hands, which concentrated the stress of my arm movements in my shoulders. I easily corrected it and was able to put a huge emphasis of weight on my joints of elbow and wrist instead of unconsciously flexing my shoulders. After I was able to quickly fix this problem, my movements started looking much different, especially in "brush knee." In the past of I've seen brush knee done by having the rear hand move forward with a limp wrist which actually looked really impractical, but to do it the way I had before with a more slapping motion flexing the wrist back, I feel a huge disconnection between my arm and my body, and a slight flexing of my shoulder and wrist. By doing the slightly limp wrist method, my shoulder is relaxed, there is an emphasis on the base of my palm, and a better connection with the rest of my body. This feeling confirmed further experience I have seeing people performing pi chuan in hsing i with a limp-looking wrist which always seemed weird before, and makes me question the emphasis of flexing the wrist so the fingers point upward while walking the circle in ba gua zhang.

Second, is my arm being to far out of place across my body, and putting a huge strain on my shoulder making the movement in fact very weak. The is best seen in applying peng. I found my arm far too low and across my body to ever do anything more than a good shoulder hit. With my arm in such a position, I have to move my body far back to get my arm in front of me without using my shoulder, or move the complete opposite way and continuing my arm further back (which strikes me as a very "aikido" thing to do). I have to admit, I couldn't find a really confident and comfortable peng, and see that in order to answer this question fully, I'd need to ask someone with substantially more experience.

Both of these clues are profound experiences, but only experiences to one with a relatively small amount in Chinese internal arts. Because I have some experience, a critical mind, and the desire to self correct, I make these observations in true honesty, but without proper "legitimate" claim.

I feel that aikido has directly affected these realizations. It's funny that when I had epiphanies like this while training in tai chi chuan, it was because I did the form unbelievably slow, and that is not the case in aikido. I never practice aikido movements as slow as I have in tai chi chuan. I think it has more to do with the fact that a lot of techniques in aikido just will so obviously not work unless their done "perfectly." Furthermore, when I do a technique with sensei and don't do it perfect (99.9% of the time), he makes it physically very clear that it wasn't right; which by the way is something I am ever grateful for. In addition, I think training with a lot of highly-skilled women will also make these small but crucial mistakes more obvious. In aikido when I execute a technique on one of the advanced women, they will fall every single time, but it will be blatantly obvious that I used primarily muscle strength instead of proper technique.

One could assume that I'd be making much larger progressions in tai chi chuan by practicing tai chi chuan rather than aikido, but this short hiatus has yielded some pretty substantial results. It's just body movement anyway, right? I've pretty well done away with moves that are effective because they are "this art" or "that art." Body movement is body movement, and I'm into using the least amount of effort to effectively do what I want. So that is the focus of this investigation.

Tonight I also realized that having free hair tonic is crucial to a good onsen.
Posted by Zacky Chan at 11:59 PM