Lands and Their Art 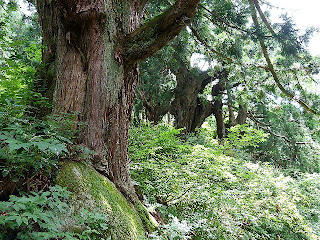 Unknown forests of dark cedars stand in a monogamous green. Weather hangs around all; mist, rain, snow. Bold earthy colors remain fixed in quietude. This is not a place in which to be well known to the world. Assimilation into anonymity. The bold lines and colors are real.﻿ 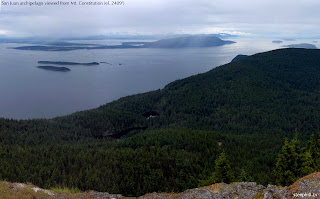 Between my two homes of the Pacific Northwest in the U.S. and Toyama Prefecture of the Hokuriku Region in Japan, there are great similarities that are continually being revealed to me. It starts with the land. It is first felt by its inhabitants and then interpreted into art. The land is mountainous and covered with large evergreen trees, surrounded by bodies of water, and frequented by large amounts of precipitation. The people are humble and generally aware of something important about the environment in which they live. The art of these lands is simple and geometric, following bold lines of strength which contain details perhaps unnoticed at a first glance. The two respective arts I am thinking of are the Native American art of the northwest in North America and the Aikido I practice in Toyama, Japan. 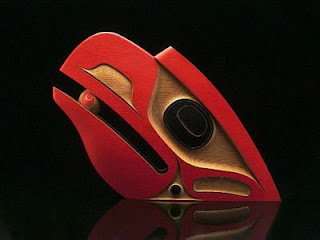 Growing up in the pacific northwest of the U.S., I was raised in a region where the native art is ubiquitous. Anyone living in the area could identify these images, and yet I don't think many people know what it's about. Its like an unexplained theme that runs through society. (I can't help but think about religion in Japan.) As art it decorates the environment and yet sets a very strong tone. Bold and seemingly simple designs, the colors are usually limited to red, black, and natural wood. To me, I find them relaxing. And yet, I'm inspired by their quiet strength. It's not a showy art in my opinion, nor is it one of staggering complexity. 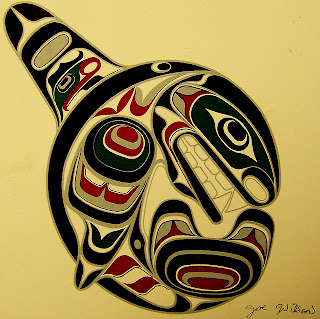 However, within the broad curves so often exhibited in this kind of native art, one finds a great amount of detail contained. A mesmorizing puzzle of smaller geometric shapes. It's the tendency of these lines that inspired me to make such connections between my homes, but I think the comparison will be made greater still by the application of these two-dimensional designs. 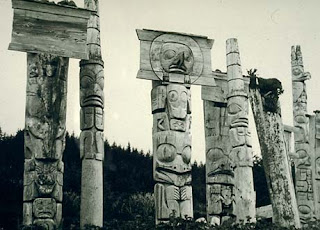 I think of pacific northwest carving, particularly totem poles. The transition from 2D to 3D in this art only exemplifies my feelings of the bold and quiet strength of the art even more. If you were to walk through the forest and find totem poles, first you would see the monoliths as standing pieces of wood, but then you would begin to notice the animal figures in them and then you would notice the small details and designs which make up the totem pole as a whole.

At first when you look at Aikido, it seems simple. But after a closer look the details manifest in numbers more than the mind can comprehend. 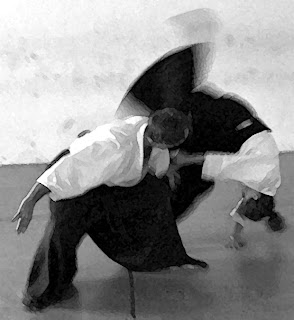 The aikido I do here in Toyama feels the same as native totem poles. Sensei's movements are large, broad and strong. Simple in that attention to minor details is often subjugated to the holistic movement and affect of each technique.

It may seem strange to compare these two forms of art in this way because Aikido isn't specific to Toyama, and I don't think my Sensei has spent even a second on such ideas as discussed in this blog entry. And yet, there is something special about Aikido that resembles the northwest art of the U.S. to me that other martial arts don't have. But there are also a lot of interpretations and methods of practicing Aikido that also wouldn't fit these specific feelings I have for this place. It's about a tone, and I can't help but feel like the dojo here is expressing the wilderness of Toyama in technique.

Generally, instead of focusing on the details that would build up to the big picture. It's more like you follow the main lines of the art and the small details will be attended to in turn; either by necessity or by just falling into place. It's like looking at a totem pole.

After focusing on one detail at a time and internalizing them, one day they will all manifest without thought or effort.

Just like a master carver creates a giant totem pole.

Just like the snow falling on mountain cedars across the Pacific Northwest of North America and the Hokuriku region of Japan. 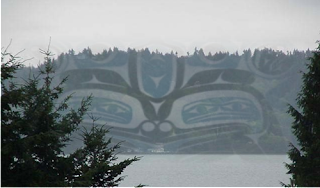