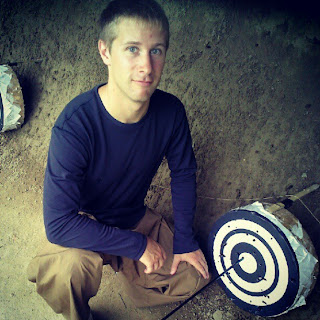 Yesterday I went to the Kyudo dojo for the last time as a member of the two month course I've been attending thus far. Soon I will join regular classes and solidify this as an activity of great importance in my time here now. I say "soon" instead of "tomorrow" or something a little more immediate because I will be on a month-long hiatus due to mass invasions of high school students in the dojo during their summer vacation. And that's OK. This gives me time to mill over the mass download of information from the past two months, research outside sources on this practice, and experience the peak of summer with full participation in its fiery onslaught. 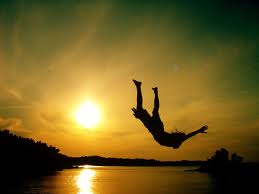 The changing of the seasons is huge for me. I sense great meanings in their passing and am deeply affected, and thusly interested, in their quintessential characteristics which bring about certain aspects of our personality, the surrounding environment, and existence as a whole. Summer. It's always been the most difficult one for me to find clarity in. As a kid it meant summer vacation, fireworks, going to the lake. A time where the schedule of school is temporarily burned off ... but only temporarily ... and that's something I think every kid is conscious of, or at least I was. In college it meant coming home to work a manual labor job and run around the island with the crazy wolf pack that are my hometown brothers. In Japan it means enduring temperatures and levels of humidity that take me to the limits of my north-western North American raised, northern European blooded self. It means joining my friends on camping trips which seem to end up feeling more like circus tours. And it also means that the snows melt in the high mountains and I get as close to them every chance I get. ACTION ACTION ACTION. Heavy metal and ice coffee accompany this well. Aikido time suffers a bit as a natural casualty and studying is difficult to maintain. Reflection? I'm sweating everywhere I go whether I'm under the blazing sun or not. A strange heat boils inside of me in the humidity. My friends are offering me more whisky than I asked for. And I've got things to do! Not much reflection during this time. I knew this going into May when things started warming up, and I expected just to pack the summer full of epic adventures and think about them later. The two month Kyudo course was part of that plan, and though the summer is still building to its climax, I'm already thinking about the next season: Fall. This is where my imagination thrives. A cooling down and returning to official study; preparing for the hibernation of winter. This time will be ushered in by my return to Kyudo.

Yes. Back to budo! Sorry about that little tangent there, but it is incredibly relevant. It seems I'm enjoying this little reflection period and will continue to do so just a bit more.

Dammit. I lost my train of thought. Oh well ... When in doubt, grab a rock. 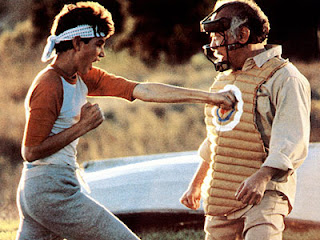 But seriously, I know so little about Kyudo. What this two-month course has done is taught me how to stand. There are so many small details about this art, like our body's motor skills, that to be able to simply shoot an arrow at the target on your own is the managing of a lot of little things that those who have accomplished have probably long forgotten. After two months, I went from a babbling baby crawling around on the floor, to a toddler who can stand without Sensei holding me up. I think he was just as happy as the students while we all drank tea and ate crackers at our little graduation ceremony. Thinking about this now reminds me of the personal bonds you form with your teachers, students, and fellow practitioners. Through the incredible physical, mental, and spiritual struggles you encounter together, things just seem to settle into a family. I don't remember the context or the exact words, but my first teacher told me when I was 17 years old that the bond between a student and his teacher is like the perfect father-son relationship. Saying that to me had a great affect, and surprisingly even more so now. I'm sure he was aware at the time that I was raised without a father, but this idea is free from the limitation of having your father in your life. Free from specific circumstances, yet steeped in emotional goo.

I don't know. I don't care so much either.

A cloud passes over the mountain. How could I see every blade of vegetation around the river?

Anyway, my Kyudo sensei is cool and I look forward to continuing this journey in the art under his supervision and guidance.

I just stepped outside and heard some dude playing the guitar and singing next to the river. A brave artist. I wonder what it would be like to do the Tai Chi form in the park for everyone to see. That's not going to happen now. Hey seasoned martial artists, does that get easier to do? And why are these damn Japanese apartments always hotter than outside?

Check in soon about more budo experiences in aikido, my new study of kyudo, zen meanderings, and maybe some mountain adventures. If any of you practice kyudo, please let your voice be known in the comment section!

Have a nice day.