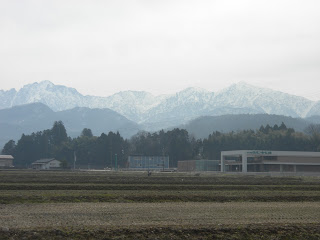 (The pictures included in this post are of a bike ride I took to Jouyama in Kamiichi Town, of my  home Prefecture, Toyama, on this lovely over-cast early spring day-off. Please enjoy.)

The night before I had a very pleasant and relaxing night, going to aikido, watching the current anime of my interest "Darker Than Black", drinking a couple cheap fake Japanese beers ... but then I couldn't go to sleep. So I drank some more, and then fell asleep. 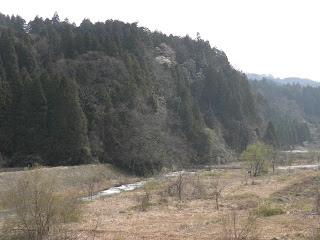 The next morning I woke up, nervous, without enough time to drink my coffee, and had temporarily been separated from my wallet. The frantic search-time gave me a chance to finish the coffee and curse about how I couldn't believe I had signed away another precious Sunday to doing something other than not being tied to something I am required to do.

I showed up, signed in, met with Sensei and many others, and got started. 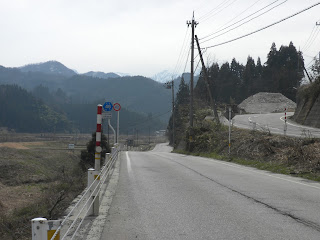 I'd call it a success. It was a great learning experience. It shook me out of my comfortable nest. It introduced me to a lot of new people, dojos, and ways of kyudo. Most importantly, I didn't do anything incredibly stupid, and a few of my shots at the target felt really good.

But as far as awards and hitting the target and all that ...  I wasn't considered a "winner" I guess.

In this kind of kyudo competition you enter in a team of three and shoot eight arrows each ... four arrows in a turn. I hit one ... 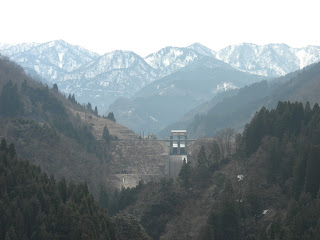 I usually hit more than one in eight, so in a way I am disappointed. But then again, there's a huge difference between one and zero, so I'm happy to get that one. If I got zero though, I probably wouldn't feel any different, and it wouldn't mean anything else at all. I had a couple arrows that felt really good, but just missed. Sensei says that's most important: To know when you made a good shot. Hitting the target represents the achievement of your tangible goal, but doesn't necessarily mean you shot well.

So, overall I feel good about the experience, and in that "overall" kind of wholistic kyudo experience category, I learned a lot. In the dojo every morning I'm chiseling away at the skills I'm developing, putting small bricks into my kyudo castle. But at events like these, you get to step back and look at it all a little better. 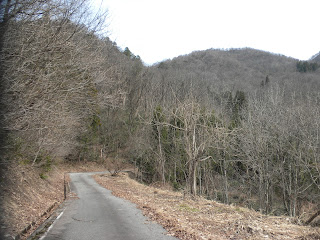 I spent a lot of time talking to Sensei about certain aspects of shooting, and am making a lot of progress internalizing and slowly producing results. Most of all, in my tenouchi (left hand that holds the bow). This is my weakest point in kyudo, but as mentioned, one that is making progress.

The most memorable part of it all though, is something ... less than exciting. In fact, it might be the opposite of exciting. The tournament was a reminder of how much "not-shooting-arrows" is part of the kyudo experience. I was at the dojo from 9:30 a.m. to 4:30 p.m. That's seven hours. 10 minutes of that time, I was shooting an arrow. Seriously. That means I spent seven hours and fifty minutes standing around, chatting with people, eating free munchies and drinks, watching kyudo. It wasn't hell ... 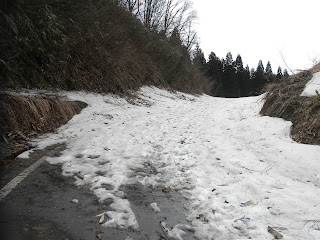 Seven hours and fifty minutes doing not-kyudo when I was at a kyudo event!

I know how "not-doing-kyudo" is actually also "doing-kyudo" and all those zen philosophical meanderings, but frankly, it's way less interesting when you're actually doing it.

It is true, that we learn a lot about what we do, by not-doing, and sometimes it's fun to talk about these kinds of things in an objective space separate from the mud and sticks of building technique, but it's a space that doesn't require much time. I spend a lot of time "not doing kyudo" in my daily routine. I get it. I'd like to spend that time I devote to "doing kyudo", actually doing kyudo, and leave my philosophical clouds to train rides and drinking parties.

I love kyudo. It's a huge challenge for me. It's a huge challenge for anybody. That's kind of the point. But, budo-wise, sometimes I feel like it doesn't quite click with me like some other arts, like aikido. I love aikido, and I love kyudo, but they are very different. I feel like I can kind of just walk into aikido and fall into the seams of its movement fairly easily. I think I'm naturally good at aikido and pick up on it's nuances quicker than other people. I don't think I'm being over confident, rather just conscious of my strengths and weaknesses. I could tell you a million things I'm less good at than aikido, and a large percentage of those things I'm worse at than the average person. For the discussion at hand, I mention kyudo. Every single movement of the shooting process seems to be a huge leap for me. Improvement takes longer, more obstacles appear, and the truth of failure feels a little more stark than I've felt in other arts. Aside from the techniques, all the other parts seem to take a little more effort to adjust to. With aikido, at least with my dojo, we show up, practice, and enjoy each other's company. We are all searching for truth, but not at the expense of everything else, and we also love drinking together. With kyudo, there's so much extra stuff, and so many different people. That part of doing kyudo, the "not-doing-kyudo", gets to be really big, and sometimes feels like a waste of time. 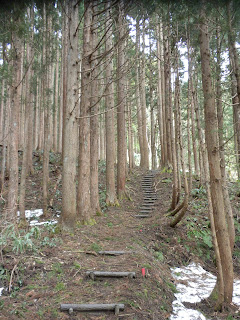 This certainly is a difficult discussion to conduct.

Lastly, I'd like to end on a positive note with kyudo; specifically, concerning competition. This is a very good thing for kyudo, and any form of budo in my opinion. In a competition, you most likely go to a dojo you're unfamiliar with, other competitors you don't know deeply, and are set out within a limited space that reveals your ability. In front of everybody, most of which are looking very intently at every little bit of you, you must complete the act of shooting an arrow. Actually, you shoot eight, and what you hit is what you hit. There's no "buts" or "maybes". Kyudo is about managing a lot of psychic energy inside of you with a lot of physical technique based on minute movements and balances, and so a lot of getting good at the art is managing these in a place where you can actually start dealing with them: usually a quiet dojo with fellow practitioners and supportive teachers. Competitions shake this all up so that you need to readjust, finding a solid base to shoot from. Some people don't like competition. Some people love it. Most people like the idea of it, but are scared. No matter where you are, participating every once in a while will make you a much better archer. That goes for tests too, but I'll wait for the next one I go through to imbellish this subject. 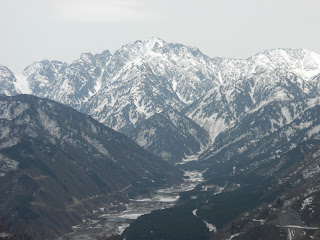 Aikido, my great unquestionable love, on the other hand, has no competition (at least the kind I practice). In aikido, you don't get this kind of experience, which is kind of a shame, really. When you test, you're in a "competition-like-scenario" like I described above: you're set out alone to complete certain techniques, what happens happens, and failure is possible (perhaps the key to all of this competition-testing conversation). However, you can't measure things in a strictly black and white, win-lose, kind of way so easily in aikido. There's too much grey. What is considered winning and success in aikido? Successfully throwing an opponent? Nope, that's judo. Is it successfully being thrown? (A very interesting topic perhaps only aikido could indulge, but yet not clear enough). In aikido there are so many small variables that depend much upon one's partner, it's really difficult to see the benefits of competition might afford, at least for beginners (like me!) You could say randori (aikido's free sparring of sorts where partners attack and one moves with techniques as one would like) is a good form of competition, but first of all, I don't have much experience with it, and two, it's still very difficult to see one's actual ability. The greatest problems I find in people's aikido is when they define a level of success and start chasing after it. The comes in the guise of young agro dudes at seminars throwing each other around with faces that reflect the epic tension of the battle inside. Actually, it's one of the most ridiculous things I've seen in martial arts altogether. These dudes who "go all out" at a seminar showing off to a crowd, of usually none others than aikido practitioners (who should have some idea what's going on) feeling like they're on a battlefield fighting for their lives. You know what is way cooler? The doshu (head of aikido) doing aikido with his partners with skilled technique and a calm expression, as if he's doing this as a demonstration for other practitioners of aikido.

Aikido: such a gem of practical martial arts technique and mode of self cultivation, yet so very often abused. 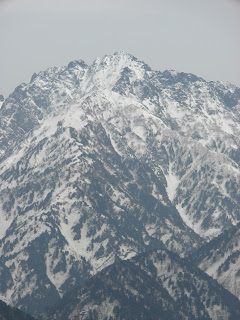 Anyway, this is difficult, too. It seems no matter where you step down with a statement, it leaves you vulnerable to a sweep.

But this blog and budo itself are less about making definitive statements, and more about doing your best and questioning reality.

I'm now left with memories of various very important conversations with my aikido sensei which all ended with the same theme:

This isn't indulgence in shallow (though helpful) proverbs, but the words of a man who sincerely believes this of his practice. 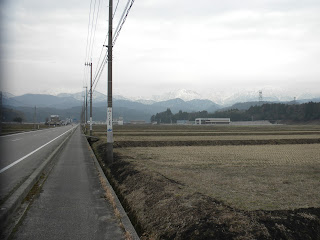 If you practice an art that has competitions and tournaments, go try one! If not, do your best to shake yourself up. And if you think you know ... well, you probably don't.