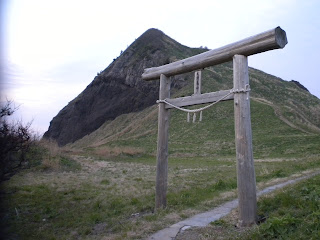 I am always somewhere in nature. I am thankful for this. No matter what city I'm surrounded by, or what room I'm in, I'm also always in the natural world exactly where I want to be. For a while, I have been in a forest. Just trees in front of me, an articulate realm of green to progress slowly through. But lately I've found an outcropping cliff hanging over the sea. My blackbelt test in kyudo must be the biggest part of this. In a way, the greatest single physical reason I came to Japan was for budo, and such progress is most clearly represented by rank. A black belt, is a very clear spot in the progression. It is a point alone above the surrounding area. 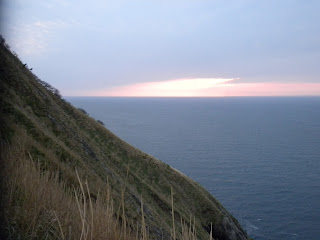 I passed the test, got the belt, and feel some satisfaction, but much more angst, for some reason. It really has little to do with kyudo. When I think about it, it has little to do with anything. I don't know exactly why I feel the way I do, even though I've found such a vantage point to sit and look out at it all: the forest I've been through, the body I am, the feelings I have, and an ocean spanning out beyond. 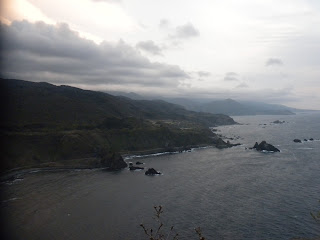 After the test, I went to a two-day heavy metal festival in Tokyo (Ozzfest, and actually it was in Chiba). It represented something significant as well, and provided me with tremendous experience and inspiration. But as I'm finding with such experiences, they are as epic as I imagined, but make much less sense in the end. I came back, got sick for a week, and am just now re-emerging back into the normal world I live in, but it's really different. That weekend concert is a dream world nobody else knows about. I can't talk to others about it here, because they wouldn't understand. It's the same with the mountains. It's the same with budo. Certainly I've found myself on lonely quests. But I guess it's what I wanted from the start. 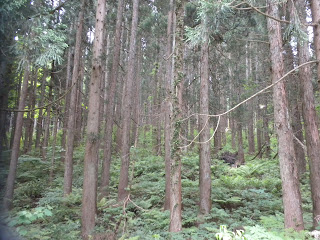 So now I'm looking at all these things that are normal, and I'm not sure what to think, all of these things in my life. Some of them I don't like. Some of them I don't mind, but wonder why they're there. I look at the things I've treasured, and watched how they have changed or faded, or have gotten more complicated. The issues I have now are very tricky knots I can't just slice through. I wondered before why they wouldn't go away, or why they would always come back. Now I can look at them and see their nature a little better, and I can see them moving ever-so-slowly, further on their path. I've never really stopped to see them before. Now I am. I can't cut through them. 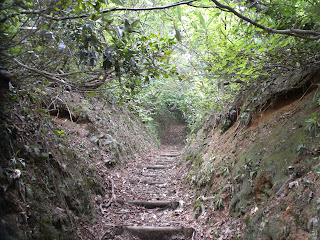 So I need a bomb. 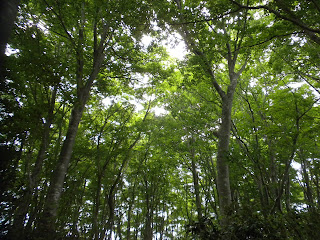 I need to accept the tendencies of certain things in the world. But those which I don't agree with, or those which I believe I can alter, I need to shock with all of the thunder and lightning I have. 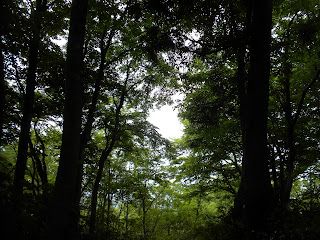 But not really you.

Rather, it changes the way you interact with the world. Budo is a system that becomes a mode of communication between you and the outside world.

First, it does so by affecting how you unconsciously make decisions in the world. The purpose of technique is that you practice physical responses to the point at which you don't think. In self-defense, this means moving your body in a way to avoid attacks and execute your own. In kyudo, this means having your body go through the myriad physical checks necessary in order to focus on the shooting. We retrain our natural physical reactions by practicing budo.

Secondly, budo changes how you consciously deal with stimula. This is most clearly seen in encountering adversity. In budo, obstacles are overcome by eliminating all extraneous stimulation in order to focus on the matter at hand. Emotions are not the sole base of decision making, and attempts are made to try to figure out what lies beneath or beyond them. Natural reactions are studied, "Why do I feel this way?". Decisions are made to the best of ability and are followed through with resolution. Success and failure are less about the results and more about one's own effort. 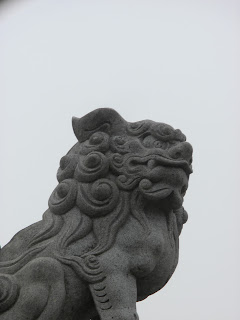 We get confused with the world. "Why is this happening? Why did that happen? What is going to happen? What should I do?" In order to put their minds at ease something they can believe, what we cannot control is believed to be reigned in and taken care of by ourselves, or a system with which we employ. But these are all false. From that very beginning, us not knowing, we must accept this, not because it is good, or the way it is, or it will make us happy ... pehaps I am wrong myself, and the word "should" has no place in this idea. There is us, and us not knowing. That is all. In that moment our reactions may trigger emotions, which may trigger thoughts, which may trigger actions.

Budo is a system, which changes how we deal with the world. Yet, it is advanced compared to many other systems in that it provides itself with a skapegoat to survive definition. Budo is a way of doing things, but it is also a way of not doing things. Budo exists, and yet the fact that it exists means it also doesn't exist. Budo should be employed, until it shouldn't be employed. Budo is, and is not. This is what makes it a living entity. This adds to its continual misunderstanding.

Our actions are the only things that belong to us. Budo is not one's identity, but a way in which one's identity can interact with the world. It is also it's own entity. That being said, our identities are not even our's to own. We are born into the world without a choice, given circumstances without a choice. But if there is anything we can control, it is our actions. This is where our reality meets with a system, and our lives are altered. So Budo is the closest thing we have to affecting control in our lives, while also realizing the chaotic lack of control we have. It must be both. If not, it is not Budo. 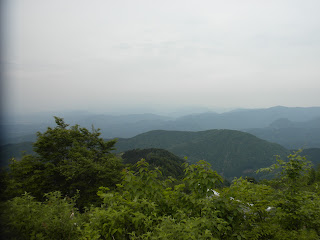 Budo makes me curve and dull my edges in order to blend with the world. Become safe in the world like a blanket, like pastel colors, like happiness.

But it also sharpens me to an edge, made as fine as possible to slice through all of existence. I don't understand this. I would say it's like war or violence, but I can't make a connection with them easily.

When the budo takes a hold of me, I am completely submerged in it's grasp, enthusiastically following it's tenets. I become an incredibly productive and safe individual. I am so much so that the longer I practice, the deeper I find myself in it's periodic delusion. Only when I step back do I realize how blindly I ran into the dark. I'm somehow ashamed of that when I realize it. That sharpened edge, the violence of my will, it's the purpose of the system, but that system is smaller than the whole living organism. I am larger than the system. Budo is a foolish tool I worship. Budo is not the master of me, but backwards. But budo falls through my grasp, because it isn't mine, and actually isn't anything at all.

People naturally use their surroundings to support and enact their will. People manipulate their pasts, their memories, so support beliefs of their own, which is false. The past does not belong to us, just as nature. Just as this living system, Budo. 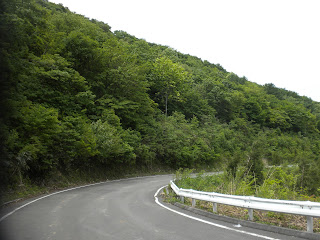 Well, I didn't talk about anything I planned to when I began this entry, so the conversation will surely continue! Just not here and now. Thank you for reading.
Posted by Zacky Chan at 9:45 AM