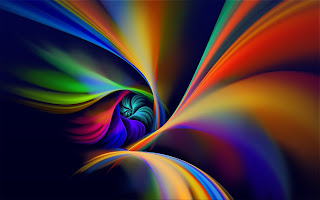 A clear body of water moving through another clear body of water. Floating, gliding, being the flow of nebulous movement. Stasis does not exist, but is washed away, spiraled into the next infinite swirl. No stopping, no flexing, no trying, no fighting. Just movement, and that movement is nice. It smells like natural perfume and soft bright colors shifting into each other. It's just water, always has, always will, nothing needs to be here. It isn't strong, it's invincible. Or rather, immortal. Not not-mortal, but simply is.

This is my tai chi today, and it's what I want. It is a practice only for me. Nobody sees my tai chi but the inside walls of my apartment and classrooms. Nobody feels my tai chi. Because of it's lonliness, I often neglect to visit, and so it hides in these spaces. Why would I forget it such? Tai chi isn't what it simply is, but whatever I want it to be. I can use that most powerful weapon of the mind, and mold tai chi to be exactly what I want it to be. But no, I don't always see that.

I've been away to war in kyudo, and aikido as well I suppose. I don't know how it starts, but all of a sudden I'm smashing my fists against the wall demanding the power I desire. They are bloody now, and useless: weak. I had to have it, but I couldn't, so I cried and scream and fought. I still don't have it, and so I'm disappointed in myself, the world. My failure reveals my weakness, thank kami I didn't actually get what I wanted, those false declarations of success.

That need is not strength, and niether is a stance. The movement, seeing, flowing, understanding, not-understanding, contentment: these are signs of strength.

Quite literally, I have hit kyudo hard enough lately to injure my left hand that holds the bow. When you hold the bow with your left hand, the bow turns slightly in your hand, and you focus all of your energy into a single point in your hand near the base of your thumb. I've been doing kyudo lately to the point where I've got pain when I push with that point against the bow. If it hurts, you shrink away from the pain crumbling your kyudo form to uselessness. No longer is that single point in your hand winning against the bow, but the bow beats you, and that point becomes some smudge of broad contact, putting pressure in your shoulder, your right hand holding the string, caving in your chest, and imploding upon release instead of expanding.

I suppose this happened due to an upcoming tournament. In order to hit the target as much as possible, I have been training harder and harder, putting more pressure into my kyudo practice. It's fun at first, but when the pain begins, it all falls apart, and my mind is always one step behind when I put on the blinders like that.

If the choice was to die or shoot an arrow, I could pull that bow, but I don't think that's the purpose of what I'm doing.

Training to the point of injury:

Time to rest and remember the flow. Maybe when I go to that tournament I will hit the target everytime. The truth is I don't know. In that darkness, anything can appear.
Posted by Zacky Chan at 1:43 PM