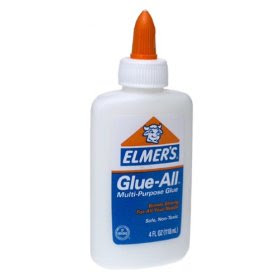 The first time I came across any concept of "sticking" in the martial arts was fortunately with my first sensei in Hawaiian Kenpo, but I don't remember it being much of a main theme, and it didn't really "stick" well in my mind at the time. Then I started Tai Chi Chuan where it was one of the main principles my teachers used in training. Now in aikido, it is one of the biggest themes ... sometimes. I say this because three out of the four days of the week, we practice kihon waza (basic techniques) and we usually end up focusing on specific techniques and more basic features of movements. However, on Wednesdays we have a smaller group and in that class we work more on concepts like sticking. During these Wednesday classes we use the kihon waza as a base, but this is where our sensei works on things that maybe other dojos don't always focus on.

Anyway, micchaku: sticking. Sensei gave us an interesting example last night of sticking and not-sticking. When someone grabs your wrist, a karate-ka might flex their hand and spread their fingers wide apart to loosen the opponent's grip and more easily break away. This is exactly what I learned when I first started in Hawaiian Kenpo. However, in aikido, what we aim to do in a lot of our techniques is the complete opposite; stick and connect with the partner to continue a technique.

Well, then let's physically do the complete opposite action with our hand.

Instead of going from relaxed to flexed, 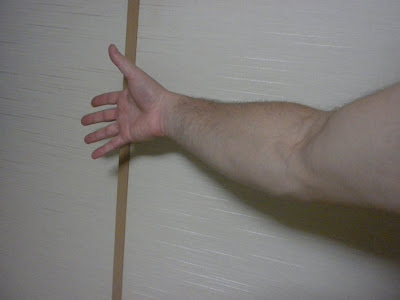 let's go from semi-flexed to relaxed. 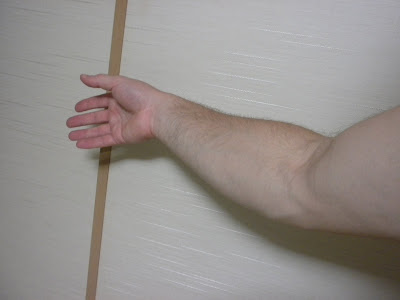 It's not magic, but it's definitely not easy to explain, and my sensei says at least once every Wednesday practice that he doesn't understand exactly how it works, but it does somehow.

Furthermore, why don't you try for yourself? Hold out your hand and flex it (a lot or a little, both have the same effect). Then, relax your fingers.
Anything interesting?

When you do it, (or stop doing "it" [having tension in your hand]) it takes the tension out of your arm as well as your hand. So the action can be physically seen in the arm as you get a very slight bend in the elbow with the motion. By taking the stress out of your hand, you take the stress out of your arm, shoulder, and potentially the rest of your body, while allowing your opponent to grab deeper into your wrist (try grabbing your own wrist when your hand is flexed, and then when it's relaxed and see), AND THEN ... you get good aikido-sticking as taught by my sensei. When you have all of these small parts aligned, you have kokyuu, when you have this kokyuu, ki can manifest.

There you go, a lowly shiroebi trying to explain the most complex of aikido concepts taught by my sensei.

I should also add, that when we apply this relaxation-of-the-hand-for-better-sticking in techniques, it is used in accordance with proper timing. Often with beginners, we'll practice wrist-techniques after the contact: partner grabs wrist in a static position, then you start the technique. Sometimes for fun we'll practice certain techniques without making physical contact until the very end. But generally, especially in the Wednesday classes, we start the technique upon shunkan, 瞬間, the precise moment of contact, increasing our stickiness going from slight tension in the hand to relaxed. So, we may start a technique with the hand having slight tension, and at the very moment our partner grabs our hand and increases pressure on the wrist, we reciprocally relax our hand, and move into the technique, more-effectively sticking to our opponent.

At one point during the training, sensei demonstrated this, and asked of if we understood, and he found us all just standing there staring at our hands as we flexed and unflexed them in silence. It was pretty funny. I wonder if people in the office or in the street notice me staring at my hand flexing it and unflexing it with a perplexed look on my face.

I was having a bit of trouble with this last night, and ended up getting a little frustrated. When people notice this in training (this is probably a universal concept but I think it's exaggerated in Japanese social settings), it got infinitely harder. I would screw up, and sensei would say:

"Relax." ("reraksu", in my sensei's impeccable command of English).

I'd rationally and calmly say, OK and try it again.

I'd say, OK, and try it again, and then the other students would say:

"Holy flipping monkey balls, I'm doing the best I can!"

Well, it's what I thought at least.

This is not good. When someone starts getting frustrated in class, sensei and everyone else has a way of just targeting it, spotlighting it, and making everything 100x more awkward. This is something I personally feel like I really need to keep in check, because I think it's why sensei "excused" Hosogoshi from practice. Hosogoshi was trying too hard, and getting frustrated. Little by little over time I guess it got to be too regular, sensei tried to fix it in a roundabout way, Hosogoshi didn't do it, and then they clashed, and now Hosogoshi doesn't come to class.

In the car ride home, I indirectly brought up the frustrations of not understanding and trying to get it right, and sensei said his number two or three favorite thing to say which is:

I know that if I'm treading thin ice with sensei, if I can say this with sincerity it will make him happy. But this poses huge problems with me. I wanted to tell him that I guess that's OK for now because I'm just a beginner essentially, but I want to get good ... that's why I practice!

Uh-oh. Here's the problem. I asked Sensei what is the most important thing about training aikido, and he answered that the most important thing is having fun. "If you have fun with your training, then you will build interest in it, you will practice with enthusiasm, you will practice often." "... and get good???" I was thinking. He still didn't seem to follow this route. So, according to his advice, I just need to have fun in aikido. I understand ... very deeply and accurately I think (maybe that's the problem) that fun is the most important ... BUT I WANT TO GET GOOD! After having 8 years experience in martial arts, crossing hands with various practitioners of martial arts, I consider him one of the best I've met. How did he do it? Seriously he holds "being good at" something with some respect and hopes to teach it to his students. How does one not fall into some trap of practicing aikido for so many years but never getting good ... like he has criticized other aikido teachers of doing so before?

I wanted to ask him, "Alright, then what about people who practice aikido for 50 years, and have fun, but aren't any good at all?" Isn't that a bad thing? Well, our time in the car was up and conversation had already shifted, so I'll have to ask or just ponder this on my own, which I have done too much in the past 12 hours.

OK, let's try. "What about people who practice aikido for 50 years, and have fun, but aren't any good at all?"

[The answer I think someone "wise" would say:]
1.) It doesn't matter because they had fun and that's most important.
2.) Maybe 50 years isn't enough to be "good" at aikido.
3.) It depends on your standards of what is "good" aikido.

[My initial response:]
1.) Well, whatever, as long as you're having fun then all else can go to hell I guess.
2.) 50 years isn't good enough to be good at aikido? Fine, I'll practice 100.
3.) "Good" aikido is being able to apply the techniques to real life physical conflicts with uncooperative opponents.

[My response after calming down and being "rational":]
1.) Maybe I should take this statement of the importance of fun with a little more sincerity and just have fun.
2.) Maybe I should just keep doing aikido if I like it and not worry about "how long it takes" to get "good".
3.) If I'm concerned about dominating physical situations as soon as possible, then maybe I should study some other martial art. 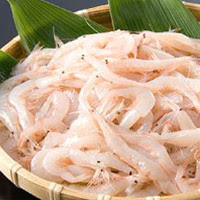