Frustration and Healing with Kyudo 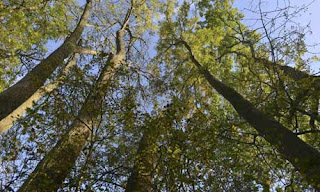 (The first half of this is from a piece posted a few hours before, apologies for the reposting of info if you've already read this, but the second half is all new. Picture found at www.guardian.co.uk  )

Today is my day off and I'm going to practice kyudo.

This is a simple statement, but could be interpreted many different ways.

Is this a good thing? A bad thing? Something to be excited about? Something to dread? Does it ruin my day off? Is it a sign of my progress in kyudo?

This analytical way of thinking is further developed by kyudo.

Or maybe kyudo has made me completely paranoid and I have absolutley no idea how or why anything happens at all in the world.

Or maybe I've just been like this the whole time.

Generally, I've been in a slump for a little over a month in kyudo. Things rarely feel like they're right. I went to a tournament this last weekend and as far as hitting the target I didn't do very well. But it was a good experience ...

Man this stuff is really hard to describe.

So you have a kyudo even that last all day long, a lot of which is not shooting, which leaves a lot of time for thinking. There's everything that has happened before that event. There are all of the things that happen during the tournament, and enough time to think about each of them ten times over. Then there is reflection and thinking about all there is to come. On that day of the tournament my mind went everywhere, super highs and lows.

YOSH! I got it! I'm going to hit the next ones cause I finally got it! This is my time!

So I went and sat down waiting about an hour to the next round, propelled by my conviction of positive energy. When the time came I stood up and shot the first one, missed, then the next, and the next. On my last arrow of the day I fought against the giant wave of a thought to just give up and say, "Fuck it, I'm going to shoot this and then have to wait for a super long time until I can go home and nothing really matters anyway." So I stood up there and did the best I could, and the arrow stuck in the rim of the target, which doesn't count as a hit. Goddamn, if it was half a centimeter closer it would have counted. If it was a half of a centimeter further, I wouldn't think of this at all.

A lot of it is about form. If you have good form and miss the target, that's not a bad place to be. So I've been working a lot on my form, especially on my tenouchi (left hand that holds the bow) ...

As my energy rose higher and higher and devotion gets sharper, my hand hurts, and things have gone too far. I want so badly to practice kyudo and improve, but not at the cost of my health. I don't need kyudo.

I guess there's a lot of different kinds of getting knocked down and having to get back up.

There's the kind where you just get knocked down and you immediately get up and continue.

There's the kind where you get knocked down and just can't get right back because of something in the way such as other obligations.

Then there's the kind where you can get back up and continue right away, but you choose not to for the greater good ... in this case it's me with this injury.

I hate to ramble just like I hate to fervently pursue physical things I don't need.

OK, well I'm not quite done yet.

We want to get good at things. This comes in many different forms.

We want to be happy immediately, so devise plans of how to achieve this that often involve spending money, ingesting drugs, or making rash decisions that involve other people oftentimes without their consent. The why's and how's of it all aren't thought about all that well, so debt, drug addiction, and ruined personal relationships occur, or maybe we just never find that happiness as quickly as we want.

It's much less frequent for people to say, "Hey, I'm going to work little by little on this happiness thing and eventually it will grow into a complete reality." Or maybe we do this, but then get frustrated with the lack of immediate results.

But that feeling is legitimate right? Just stowing everything for a later time with nothing to enjoy now is just as pointless as putting all of our faith into now without thinking of the later.

This isn't a self-help blog, and I certainly don't have the credibility to talk about achieving long-term happiness, but this issue is very relevant to practicing budo.

We want skills in budo. We want it now with a very strong desire and it's often fueled by a large amount of physical energy.

This is a good thing, and one should be able to realize this effort to their heart's content.

It's good to want, and to strive for physical purposes. To deny this is to distort ourselves. There's no need to starve when there's plenty of food in the pantry. There's a lot of people who seem to like doing that though. Actually I have a tendency towards this kind of masochistic abstention ... but after enough experience, it's a weed I'm trying to uproot, not allow to fester.

If we have a desire to learn and practice and improve, we should do so until we are content. That is the freedom we are born with, and I believe we have a right to follow that as far as we like.

But it's not usually all that simple.

First of all, too much training can lead to physical injury ... which is the most simple and easy to understand the effect of doing too much. But actually, this isn't so easy to understand in martial arts. Most martial arts are about training to change the body to better handle different circumstances or achieve certain results. Sometimes this involves training to the point of developing large callouses on fists from punching, or over-stretched muscles and tendons in the legs. Sometimes this kind of training leads to pain or the inability to use in later years. There are plenty of teachers out there deformed by their own training who will tell you they have no regrets with giant smiles on their faces.

Actually that's why I quit playing rugby in college. I remember after I broke my collarbone in a game, I went to a "social" (after match drinking party) where I talked to a dude who was forty but looked seventy. Cauliflower ears, crooked nose, bumps and limps all over his body, he took a double shot of whisky and said he "Wouldn't take it back for nothin'!"  I left and told myself I'd rather not be like that.

This is just as prevalent in the martial arts. I don't want to train so that my body is a giant wounded callous.

But how far do you take such kinds of injuries?

To get specific, the current injury that's keeping me from going to the kyudo dojo today is (what I think is) a callous at the base of my thumb. After a three-week hiatus I came back and did a lot of kyudo in a very short amount of time, initially just tearing the skin. I bandaged it up and trained through it, and under and around the wound a callous started to thicken. I trained through it and it wasn't just hardened skin but something underneath (tendons? muscles?) would swell up after practice, and hurt to touch. I iced it regularly and put a few days between each training.

I've maintained this kind of stop and go for over a month. The outside wound has actually almost finally healed, which seems to me to be a surprise, but it's swollen nature seems to be settling ... but not in a good way. It's not something I'd want to be there forever ... plus it hurts when I do too much. It's not a sharp pain that makes one immediately say, "Hold on, this really hurts, I shouldn't continue." but rather the slow dull kind you can push through, but seems to slowly get worse. I'll start off being alright, but after an hour or two, my hand can't push against the bow anymore.

Two weeks ago I was worried about it and went to the doctor to get it checked out. I spent two hours in various waiting rooms, filling out different pieces of paper at different stages, getting an x-ray, and then finally my two minutes to talk to a doctor. My biggest concern was that I had a small fracture, and the x-ray along with the doctor confirmed there was nothing wrong with my bones.

I walked out the door and about two minutes later thought:

"Then what the hell is going on in my hand!?"

The doctor didn't seem concerned with that, and I guess was simply there to answer my question. Thanks.

Anyway, I've mentioned I've been in a bit of a slump in kyudo since I've had this injury, and while there are many things to conclude, a simple one would be that something is wrong with my technique because there is something wrong with my hand. I'm going home for two weeks which will invevitably take me out of kyudo for two weeks, and I've been looking forward to this time for my hand to heal.

So I had this tournament, my hand has hurt, and I've been looking forward to the break. As it happens, high school students are on summer vacation and go to the dojo everyday during the time I usually go until September.

I've finally been given a break, but instead, as if to somehow malicously counter this postive turn in fortune, I've been trying to go as much as possible either super early in the morning, or dangerously close to my work hours.

I imagined discussing the ideas of over-training a little more, but perhaps this story can suffice.

Our mind does one thing, and our body another. How and where do we put desire and effort?

I don't know ... but I do know that if I rest my hand, it will heal, and my kyudo will improve.

Thank you all for listening and letting me flush that out.

So yeah ... we all want immediate success. In budo, this often means going the first day in pajamas with dreams of being the greatest in the world, and the next day expecting results.

We start off as tiny little sprouts and expect to become giant sequoias in the frame of a few months, or years, or decades even.

Maybe we're already almost full grown, but expect to change it all and become something completely different.

Just look at the trees and ask yourself: "Is there anyway this could have happened in a day?"

Look at the mountains.

In Toyama they're undergoing huge renovations in the train station for the shinkansen (bullet train) tracks. The construction is absolutley massive, and has taken, and will take years more. The progress seems slow, but one day that shinkansen will run.

Even slower, the organic threads weave in ways we cannot see.

We are the same.

But then we are completely different.