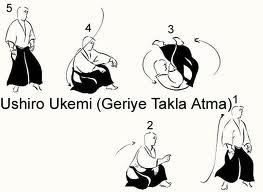 Lately in aikido, I have been paying as much attention to uke (the person being thrown, in this case, myself being the uke) as possible, and have found much insight. Last night I found that sometimes when I do ukemi (a roll) when I am thrown, I close my eyes and hold my breath. Both of which take me out of what is happening (which is especially bad in martial arts) and freezes my body. Instead of executing a smooth ukemi, I rather tumble over myself like a square. From the moment I noticed this, I started trying to breath throw the ukemi (roll), and keep my eyes open. Of course, it is a conscious and thusly inconsistent notion now, but hopefully it can become one of those good habits developed from practicing aikido.

Last night I also took my Rokkyu test, which is usually the second you take in aikido. The test only takes about five minutes, and though I was exhausted from a long practice in the heat of a Japanese summer, I think I did pretty well. It is interesting though because for all aikido tests, one needs to have practiced the minimum amount of days to be eligible for a test, and I think its something around 2 months to test for Rokkyu. I have been practicing for seven and a half months. The length of my practice, experience in past martial arts, and showing up enthusiastically for every practice is what made it fairly easy for me. Though a part of me thirsts fiendishly for a black belt and hakama, I am content with my slow and consistent pace. If anything, my experience in the martial arts does very little in the way of hastening the learning of techniques, but rather allows me to have patience to cultivate what can be considered something "real" in personal progression.

One thing that I was happy with in my test was the application of my own interpretation of zanshin that I have been working on. You can look zanshin up on wikipedia for a good quick reference, but maybe I can describe what I personally mean by having zanshin in my test: 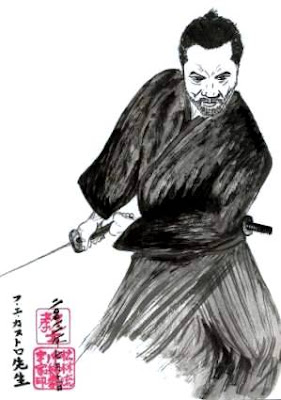 1.) When you begin the test, there are a few orders of protocol to go through that involve bowing at certain times in different directions, and saying certain phrases at the appropriate times. Last night I was nervous because I had only done it once before in a test, and because I was with someone else testing, they made the calls, so this was the first time doing it by myself. I didn't do it 100% correct, but I didn't stumble, hesitate, or become flustered in this uncertainty, and rather went through the motions the best way I could in a composed manner. After the test I went over what you are exactly supposed to do at each point. In Japanese, these matters of protocol are called "Rei", and can be roughly translated as "manners". Oftentimes to westerners, the existence of "Rei" in Japanese culture can seem impossibly complicated, unnecessary, and demeaning. However, I am finding that I agree with the strictest of teachers adherence to "Rei". How you conduct yourself in your everyday movements, is how you conduct yourself in martial arts and with your personal relationships. No "on" and "off" switch, but a constant flow. To me it is that simple.

2.) I also did only what is was I had to do to do the test. This means, I only said something when I was supposed to, and only executed the techniques I had to. Usually, you only need to do each technique once on each side, but there were a couple of instances sensei asked me to repeat a technique. I didn't act surprised, say anything, or reflect any disturbance, but rather executed the technique again as asked. Also, I was a bit nervous to be doing this alone in front of the whole class, but by relaxing and prioritizing the importance of my performance in the test, the crowd dissapeared from my attention, and I was able to do the techniques as well as possible with minimal distraction. 3.) The first time I even heard the word "zanshin" was in my aikido class. On the first day, I had practiced a move throwing somebody, but immediately after "finishing" the technique, I lost my form and walked away awaiting another attack before my uke (person I threw) had gotten up. My partner told me that I need to keep my structure and attention even after I have thrown the opponent. This is similar to a follow-through that is important in many physical activities such as throwing or hitting a baseball, or shooting a basketball. Also, keeping your attention on your opponent allows you to know exactly what he is doing. If he happens to get up quicker than you expected, then you can react appropriately. This is zanshin. Actually, I showed my brother a video of Steven Seagal in his early days performing aikido on a television show, and my brother (who I might add is extremely critical of aikido for being "unrealistic" and "inefficient") commented that Seagal was being a dick because he'd throw his partner hard and then just stare at him coldly as he picked himself up instead of helping him. To the untrained eye, a sensei like this could look like a macho bully, but in fact, he is merely executing one of the most vital elements of Japanese martial arts, which is zanshin. Though I certainly don't execute zanshin as well as Seagal or other adepts in aikido, I did it the best I could, and I think it improved every aspect of my test.

My working concept and understanding of zanshin is the greatest thing I have learned thus far in Japan.