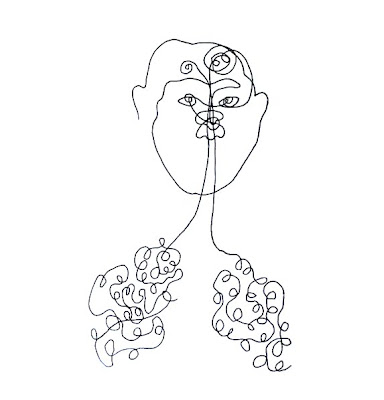 Last post I commented that I found myself not breathing while being the uke (person being thrown) in aikido, and I thought that it was hampering my ability. So last night at class, I focused on breathing out during my rolls, and they became 100% better. In fact, it wasn't just during rolls, but also all throughout being an uke when I'm being spun around, or having a wrist lock applied; breathing through all of them helps. 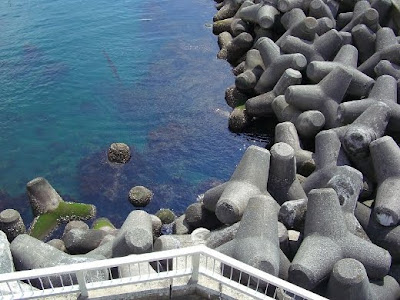 Actually last weekend I went to a barbecue with a bunch of other aikido people in my class, who in turn brought a lot of their friends. We ended up swimming out to the giant concrete tetrapods that dominate so many of Japan's beaches, and pulled oysters off of them with crowbars and then barbecued them. My first couple tries were miserable at getting the oysters. Of course you have to hold your breath, but I found two different ways of doing this. The first way I tried, which was my own brilliant and not well-thought-out idea, was just taking a huge gulp of air and holding it through as I dove down. The second way which my aikido buddy turned me on to, was breathing out through your nose slowly and constantly as you dive down. The differences found were, that when I tried Option 1, I couldn't hold my breath very long, and I ended up maddeningly swinging at the oysters in frustration to get them off the concrete. Also, I would stay fixed on one oyster for a long period of time if I couldn't get it off, and repeatedly failed worse and worse at each try. With Option 2, I could hold my breath for much longer, be much more calm, and either effortlessly pop the oysters off the concrete, or at least go find another one that would be so easy. My experience with these two differences are truly as sharp as I have written them, and am amazed at the differing results from these two ways of not breathing in. 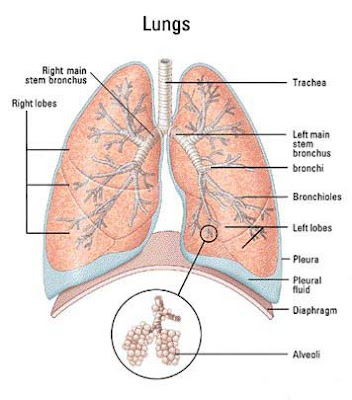 Another highlight of the barbecue was talking to someone who used to train in aikido with my sensei, but after five years and a blackbelt, he had moved on. I couldn't understand exactly why, but it sounded a bit emotional/political; unfortunate but maybe necessary reasons for many ended martial relationships. Lately, he had been practicing aiki-jujutsu instead; the more aggressive origin of much of aikido. We talked about many things, but the most interesting point was when he was demonstrating his idea of breath and ki (Japanese term for breath or energy). He got into a stance and told me to punch him in the chest. Of course I did it fairly lightly at first, and of course he told me to punch harder. He was showing me that when he held his breath at the time of impact, his body would absorb all of the impact as a stiff structure, he would be put off-balance, and it would hurt. But, when he exhaled and projected his ki from his center outwards at the moment of impact, the impact itself would be sent through and out of his body. Breath, ki, and chi demonstrations in the martial arts run the gamut from unbelievable to convincing, and this is something I've read about extensively (and will admit am somewhat inclined towards such phenomenon in the martial arts), and this experience really helped me understand and legitimize the power of breath in physical contact.

Whether its rolling, being spun around, thrown, diving for oysters, or being punched in the chest, all of which are affected by breathing.

Perhaps international travel is affected by breathing as well. I will test this out starting next Monday when I fly from Japan back to my homeland in the northwestern United States for a bit of a summer vacation. (In case you were wondering, Japanese high school teachers take their summer vacations using their limited paid-leave workdays. I have been told that this was only true starting a few years ago. Before that, they were given a couple weeks of summer holiday like any normal person/country. Perhaps I'm biased, but those are the facts.)

So, Gaijin is signing out, and will return in a couple weeks, hopefully refreshed and even more enthusiastic about exploring the many ways of being an uke (person being thrown).