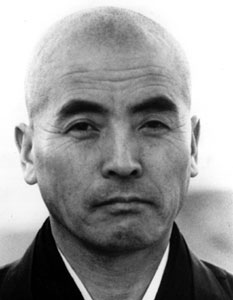 I have just finished reading Dainin Katagiri's book on zen called, "Each Moment is the Universe." In the second to the last chapter, I read an incredible passage that seems very relevant to me as I feel like I've been living in the Apocalypse lately. Maybe you will find it interesting as well.

"When I think of my life, I realize there are many things I haven't done yet. In Buddhism it is said that there are eighteen thousand scriptures. Can you read eighteen thousand scriptures in one lifetime? Well, I became a priest at the age of eighteen, but there are many scriptures I still haven't read. My mind says that I want to do it, but practically speaking, I don't do it. In my lifetime I cannot finish all the things I want to do.

No matter how long you life, you cannot satisfy all your desires. Your lifetime is not long enough. So I think you should have a next life. You should practice and study now but leave the unfinished job for your next life. In your next life you will see lots of unfinished jobs too. So carry them to your life after the next life. Then you feel relief. If you try to finish everything in this lifetime, you become nervous, irritated, and uneasy. I don't mean that you can be lazy. Of course you should study Buddhism and practice zazen, because you have to understand the human life that is going on forever, moment after moment, life after life."

Have you ever had a deadline that had to be met, and if you just had one extra week, it would make everything a lot more pleasant, relaxed, and allow you to make your product better? How about another lifetime? What about all of your goals and the anxiety you have in your life considering you may not achieve those goals? What if you had a whole nother life to carry these on? How about all of eternity?

Apparently the issue is not being fluent in Japanese, but something else much deeper ...

If some form of reincarnation does occur, I think it would be that "something else deeper" issue as opposed to the Japanese language concern. So when I die, if the above scenario of being born a Japanese person occurs, it wouldn't surprise me at all.

What would carry on through our lives? What would not? I think it would be the deep issues of concern or psychological tendencies that would carry on, but the specifics and details of our specific situations that would die off and change. Does this mean that our deeper issues are more important because they are the ones that last? Perhaps, but I can't help but think the opposite here: it is precisely those things that are fading, those things that we will never be able to experience again, which are so precious. I have all of eternity ... or more accurately ... as long as it fricken takes to get over the things we need to get over, so there's no need to worry about it happening. It either will or won't. Personally, I would like to get my head out of this dungeon of spiritual angst concerning the dragons that will chase me into my afterlife, and rather appreciate that I'm typing for this blog and I have plenty of time on this sunny day to get to work and do a great job because I want to be a good teacher and the students are young kids who want to have fun. Me making mistakes or one of the kids being a little punk are much less frustrating than they are the beautiful process of the universe ... but again, I don't appreciate this very often; I usually feel like saying really mean things to that kid and feeling bad because of my failings as a teacher and the ignorance of masses of the world who don't spend time trying to understand their lives through Zen Buddhism and Aikido, and how they rather throw bouncy balls at each other in the middle of class when they're supposed to say the target phrase of the day.

So thanks Dainin, for writing this piece in your book which helps me understand myself and the universe just a little better. The book by the way is one of my favorite books I've read about zen and recommend it to everybody, so check it out.
Posted by Zacky Chan at 2:13 PM