Preparing for the Revolution 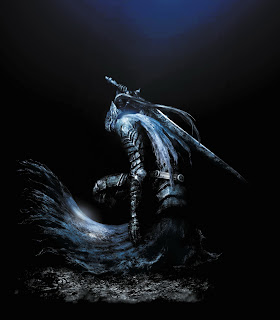 (Picture taken from "Dark Souls: Prepare to Die Edition", looks like a sick game, but haven't played it, just liked the art)﻿

There's got to be an entry in the I Ching that deals with exactly what I'm speaking of, and I bet it's called "small preparations", or something to that effect. I'm talking about a very specific detail, smaller than the grand event itself, which fits into the grand scheme of the Great Cycle, which its name itself is only a part. In my grand life, there will be a great revolution coming up soon this summer when I move southwest to Kyushu. It will be a great revolution because a lot of things will change. My physical environment and possessions will change. That will be "outside". But what arguably greater effects change, are certain phenomenon inside of me. I believe it will be the "outside" that will be the greatest agent of change, but its effect will be drastically affected by what's going on inside of me. Specifically, if I don't get myself out of the way, I won't be able to fully engage the new world I move into. Small preparations are about preparing yourself so when the revolution does happen, you're ready to hit the ground running. As opposed to falling on your face, realizing you've got to take care of a lot of things before you can start properly.

This is one of the greatest 2-part lessons I've learned from budo that I can apply directly to my daily life:

1.) Cleaning all of the unnecessaries out of the way so that you can focus on what you decide to focus on.

2.) Deciding on a goal, and making small efforts everyday before you expect to have substantial results.

I don't want to get to Kyushu and flounder around to get things started, I want to begin perfect. This doesn't mean that the results will be perfect, but it means the problems I run into are ones I was not aware of. Truly new terrain, and yourself finding the way; that is perfect.

In Kyushu I want to write more, and differently. I'm not sure exactly what that means, but I'm going to explore that a bit before I get there.

In Kyushu I won't make formally practicing budo a necessary in my life, so I'm not going to sweat it if I don't make it to practice now and see how that feels.

I want to focus all of my efforts on whatever it is I decide to do in Kyushu, so that means eliminating excess spending of money, physical energy, and efforts. That means practicing a bit of discipline now, and seeing how that feels. Supplementing that with sitting, which I've been away from a bit, will greatly affect things I think.

We'll see how it feels. Small test flights before the eagle just falls from the tree and into the canyon.

But this is all because I have time. Some revolutions, some tests of budo, leave one with no time to prepare ...

That's why we prepare before that happens :)
Posted by Zacky Chan at 6:21 PM