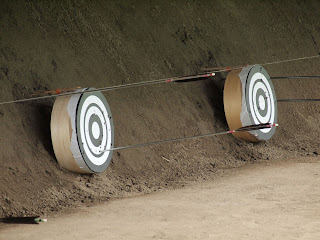 When people talk about failure, I think it's inaccurate most of the time. We have an experience, perhaps one that our judgemental mind deems "bad" as opposed to "good". Then we could start devising ways to to act so that we don't have that "bad" but only "good". So we start aiming to do "good", but we may miss. Though we tried to achieve a specific goal we called "good", we did not, so we can call that "failure." In order to avoid failure, we can devise more ways to ensure success: that which we aim for, which is "good".

So we have an experience, and communicate it to someone else, often after this long thought process has occurred. Therefore, what we often say about "failure", is a very complicated thing indeed, subject to our own personal beliefs.

We could also adopt some outside set of beliefs which define good and bad, success and failure, which may seem easier at first, but perhaps that's even more complicated because it's someone else's devised beliefs, or most likely the mixing of a whole group of people's different beliefs. Maybe that belief system is one that has been developing for many generations from many different kinds of people.

Perhaps many of us have never even thought about what "success" and "failure" really are.

This is something that comes up in kyudo. I guess it doesn't have to ... one could just show up, listen to the teacher, pull the bow, and go on with it all and such ... and in many ways that would be an ideal student. But that "ideal" is also subjected to some kind of "good" "bad" scale, so rather than talk about that, which I don't really know anything about, I'll talk about my own experience.

I show up, do what sensei tells me to the best of my ability, results happen, emotions react, and thoughts arise; or rather, questions. The big question is, "Why am I doing kyudo?" But following this question here would distract me from the point I'm trying to make. So let's look at some more simple questions. For example, "Why do I hold my hand this way?" "Why do I stand like this?" "Why do I breathe here?" To practical questions of technique, the answer seems to most likely be, "to hit the target." In fact, I would say all practical questions of technique are answered thusly. (WARNING: I know very little about kyudo, so please take my words as they are: from the mouth of a beginner, not a source of authority.)

Now, the answer to all the practical questions is hitting the target, but we come back to that big question of, "Why do I do kyudo?" It's like a giant sun pulling all of the other planets off other courses and onto its own. Each planet is spinning for its own purpose around its own axis (accurately hitting the target), but they all orbit the greater sun, who has a different, larger, and more powerful agenda (the larger purpose of kyudo: happiness, self-cultivation, or simply to act honestly)... one more at the center than the smaller planets.

And now we're talking about the grand movement of the cosmos! Which entirely wasn't my intent. Instead, I'll just tell you about my funny happenings this morning, which left me with strange feelings considering "failure" and "missing the target".

I am going to debut in my first kyudo competition on March 31st. In order to prepare for it, I have been looking forward to a lot of serious practice, especially after coming out of my second job which took a lot of time away from kyudo. However, high school students are on vacation between school terms, and so they are all beckoned to their club activities, which fills the dojo with high school students that belong to the kyudo club. Normally, this time is only for high school students, but three weeks of no practice before a competition would be less than desirable (if progressing well in kyudo is considered "good") so sensei said I should come in the morning anyway and he can help me along with all the high school students.

I went today and the place was PACKED! Full of chatty and clumsy high school students, with all of their kyudo stuff, which is far beyond full capacity in my opinion. It was then I realized how lucky I am to spend most of my time in the mornings in this pristine dojo with no more than 6 people at a time. I'm guessing there were 30 - 50 people there. All Japanese high school students dressed in P.E. clothes, and then there was me and Sensei in our hakama (black and white Japanese traditional dress). To stay brief, we stood out: especially me.

So first we practiced competition shooting, which means we shoot in terms according to the rules, four arrows at a turn. My first time up, I didn't hit any of the arrows, but they were all clustered together just next to the target, which is great. Ideally, all I have to do is change my aim a bit and they will all hit. Yet I went through another three cycles, all similar. Close, but never hitting. After all those arrows, even the scrawny kids who can't even see straight, let alone stand straight, were hitting the target. I couldn't get a single mercy hit from the kyudo gods. This doesn't bother me so much, this not hitting the target, or even not doing so in front of others. But to be watched by so many people, so many times in a row, to 0 arrows being hit ... it was less than desirable.

Here was this gaijin and sensei who intruded into the high schoolers time in this already too cramped dojo, for what? This can't be some normal situation. It's for a competition. Well, if it's a competition, this guy has to be good doesn't he? He's not hitting any of his arrows. What the hell is he doing here?

This is less of what I knew what was happening, but more what I was imagining.

Anyway, after that we went into free practice where we individually line up at the targets and take turns shooting. Each time sensei watched me, and gave me more and more words of advice to my failing shots. Again I stood up at the target, again I missed. No worries, I'll hit them next time. But again and again I missed the mark. It became ridiculous. Each time sensei seemed a little more irritated, but it just made it worse.

I went from missing and not being fazed at all because I don't really care about hitting the target ...

to still not being worried because I would eventually hit the target ...

to doing anything to just hit that stupid target.

This hole got dark and worse, and everyone's opinion probably went from, "Oh this gaijin must be good, he's just having a bad time." to "Wow, he really does suck." to "Oh my god, someone just let him hit the target."

This is all speculation of course. Eventually sensei asked me when I was going home, and conveniently all the high schoolers were just about to finish. Sensei made a little fun of me, then we asked the students about some questions in English, which was more about just having a laugh, and we all parted ways after laughing and talking with each other.

The true meaning of discipline is learned on days like this. The worse can happen, but one must still stand up straight and proud, duly humbled, and positive for the next time. This isn't just a piece of you bearing isolated pain, but the whole of you genuinely standing in defiance of what some believe is "failure."

Well, I did my best, I don't feel bad about it, and am ready to spend the next three weeks going extra early to practice with a bunch of high school kids. It's going to be a very different kyudo experience for me, but one I hope to learn a lot from.

There I go again with my judgements. Is it possible to exist without such? Without them, wouldn't we just do nothing at all? Would we only do what we want?

The stories give us simple answers to these questions.