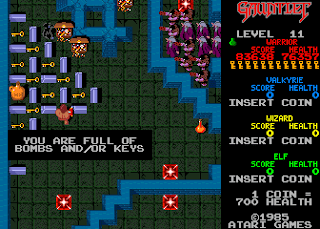 As I mentioned in a few posts back, I have been practicing with a local high school kyudo club, as they have invaded the dojo on mornings during their spring break.

This is the kyudo gauntlet: a great path of adversity.

I really came to appreciate my normal kyudo practice. 3 to 6 people in the quiet of the mid-morning. Sensei relatively all to myself to talk and practice with.

But with the highschoolers, it's joining the ranks, standing in line, and shooting while everyone hurries and stares. The worst day is the one I described in a few posts back where I just did a horrible job in kyudo and hit zero arrows. For the days that followed, I improved in miniscule increments, getting used to the less than relaxing atmosphere. Finally when I started looking forward to the challenge, this highschoolers left, and I had exited the rear end of the beast before I realized it.

My practice was challenged, and I went to the lowest pit I've found yet in kyudo. From there I crawled out, on my own, and am now happy for the experience. A couple days after I still wasn't up to par, but somehow a few more days passed and I blossomed into a form of kyudo that is better than any I've ever done. I overcame whatever demon-hells I fell into, and got to some serious work in my technique. I won't brag, but when I watched a video of myself (pointing out all the glaring mistakes with sensei), I was just a little ... impressed.

But like I said, there are still many glaring mistakes, and in the past day I've wound down into another small funk of sorts. The slipping string that slaps me has returned just slightly. It doesn't slap me, because I sense it just before it happens. I am so incredibly aware of this phenomenon. I can't describe it. It's like getting in a car crash and afterwards noticing when you're in a car that's going a little too fast ... or even before that happens. So I don't get slapped in the face, but the string slips a little and I have a crappy shot.

Anyway, none of that matters because I'm participating in my first tournament this weekend, and I couldn't be more optimistic in a "I have absolutley no idea how things are going to go, but who cares" kind of  way.

So keep reading! For more duels on the budo path!