No Time for Games! Only Zhan Zhuang and Cultivation 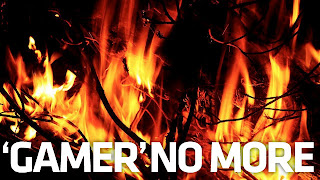 Actually, I have quite a bit of time, just not for sitting in front of a TV being submitted to the limitations of virtual reality.

Here we come to possibly the most important question in the universe:

For years I've struggled with this question, largely due to the outside world, or at least my desire to appease or impress it.

I've spent my life trying to devise accurate answers. But they're usually not accurate at all, and always too boring or winded for human audiences. So for a while I've tried to come up with funny answers to entertain the asker of the question. That works well, and I'll largely stick with that as long as I'm faced with human counterparts. If the question is malicious, I try to think of something cleverly malicious back ... but I've never been good at that. So, I just try to be interesting for somebody. That way I'm not wasting anybody's time.

Yet this is still not directed to the center, which is what I'm personally most concerned with. It needs to be for me. If I ask myself, "Why?" I need to have an answer that satifies me. The best answer I've found for this is:

I've come to believe that feeling is often more important than reason. First the feeling, then the reasoning. When I feel best, this is most clear. Interestingly enough, the most I've ever felt like this was after meditating (if I can put a word to it, though it's not a good one). More specifically, after standing meditation, referred to as Zhan Zhuang. Sitting is great, but I feel more ... at the center when I stand. Perhaps it's the inability to keep my legs in one sitting position for long enough without having them lose circulation or hurt my hips. Maybe it's because my fickle mind needs something more tangible to focus on, like standing ... which is incredibly difficult to do for 40 minutes (the period of time I believe best for this practice.)

So after practicing Zhan Zhuang, what do I feel exactly? First of all, my body feels great: my spine is aligned, my joints feel flushed out, along with the rest of my body, my upper body is utterly relaxed though still holding my hands in front of me, and my legs feel invincible. More importantly, there is an amazing clarity of mind. Most of the worries that antagonize me in daily life, just disappear. Why? Because they're not important. So you're left with this kind of buzzing feeling, which is much less like feeling happily intoxicated by substances, and more like you're really feeling everything around you. There may be some tangible concern in your mind, but you are able to focus on it, and begin straight action to engaging it. Sometimes, there's nothing to do, and you just are, and that's OK. This is something I don't usually feel when I'm not standing. There is nothing to do, so I fervently search for something to do. Instead of finding one thing, I attack the whole world and find more things than I can think of at one time and a matter of miliseconds.

After you stand Zhan Zhuang, the answers to "Why?" become much more clear. There are three answers to the question of, "Why?".

First, because you have to.

Second, because you want to.

Third, you don't know! And that's OK, because we don't know everything. Actually, we may not know anything if you want to get into philosophical debate.

But it's not about philosophical debates of the mind, rather, it's about wholistic experiences of the world around you.

So back to Zelda. It is what it is. It was something that I loved to do when I was a kid. Largely because it sparked something in my imagination unrivaled by anything else. Every level was new and beautiful, and I didn't mind being confined to only what I can do with a small conroller in digital reality. Now, when I play this game, it has the initial creative spark, but I've done all this before. Instead of each step revealing new parts of the universe, it's just the same shit, only tweaked for different dungeons and bosses. I am not in control, but forced to follow the matrix of the game. In this case, it has been one so time consuming I've resorted to looking at "walkthroughs" on the internet, which is a huge killer for the game: it's cheating. The game could perhaps be fun, but it takes too long. There's already so much I want to do, I don't want to spend my time this way.

I constantly need new stimulation. So I search for it with the small time I have delegated for such an activity. Either I find something truly "new" to me, and I submerge myself inside of its world learning it's laws and gems. Or, what I found isn't what I want and I need to move on. As one gets older, one realizes this difference quicker, and I see the time to stop playing Zelda is now. I won't feel bad about the money I spent on the game, and the extra controller I needed for it. Niether will I lament over the time I have spent with it. It was fun, and taught me an important lesson: I don't need video games. However I still have nothing but love for the game series and it's hero, Link. He will forever be an important part of my construction. 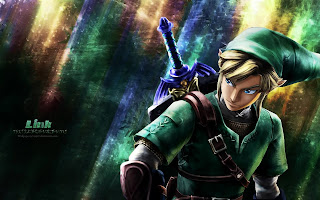 Are you bored of my windy explanations? Perhaps I'll think of a joke for you next time. For now, I will try to write as concisely to the greater point at hand.

I don't want to be a spectator, I want to be a creator. I've played enough games and read enough stories to create something interesting of my own. The media I submit myself too should be like quality food, feeding my imagination in small quantities to make big effects. I want to spend my time creating and harvesting skills I deem worthy of my time.


And most of all, exploring the mountains and forests of Japan by mountainbike and hiking boots. Snows are melting, and it's almost time to begin the adventures again.

That is all for now. I have to go work now.

I leave with some wise words from the Red Hot Chili Peppers:

"Throw away your television!"
Posted by Zacky Chan at 1:20 PM