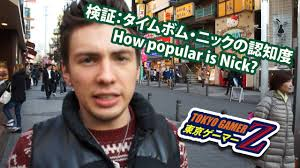 Check out another cool blog based in Tokyo at lolsushi.blogspot.com !

It's got a lot of cool stuff about Japanese entertainment, and I guarantee it will be new info for anybody who's not connected to the right scenes in Tokyo ... including me! Hiding away in various inakas (country-sides) of Japan, I look forward to reconnecting myself with another world outside through this site.

My favorite part of the site are the videos with ... Timebomb Nick!!!

Maybe you don't know Nick, but we actually studied Japanese together at university in San Francisco, and he's a super cool guy living in Tokyo.

On the site you can find a lot of funny videos with Nick in Tokyo, or you can just go to the youtube channel at http://www.youtube.com/user/tokyogamerzed . Some games are about finding strange things in Tokyo and others about video games.

SO CHECK IT OUT!

That's the sound effect I use with the sword. I learned it from my aikido sensei who liked to make us laugh mid-way through wazas.

As I mentioned in previous posts, iaido is this brand new practice I'm working on and it's utterly fun and exciting in every aspect. In the last post I even wondered:

Can we have a practice that is only fun, allowing us to climb straight up the mountain without falling into depressing valleys of failure?

I'm not sure yet, because I just started, but I've already discovered one pitfall that may send us down to hell in our budo practice:

Until now I've been begging to get a sword so that I could practice on my own. This is hard to do with aikido because you need partners, and kyudo because you need the bow, space, and target ... but with iaido finally I have something I can practice and explore alone. (Though I'm sure doing too much without supervision will be cause for trouble ... but I don't know! I'm going to find out, and wonder how that aspect of iaido will play out ... surely it'll come up in future posts).

I began thinking about when I'm going to practice, and how I can do it for a long time everyday. That thought in and of itself isn't bad, in fact it's good and necessary ... but somewhere along the way I began making a schedule in my head. "OK, so I'll practice every morning so that I can do it everyday and get it over with before other things get in the way." That's a good idea, but I already have a morning routine that feels full with sitting for 20 minutes, followed by a shower and making breakfast, and then 30 minutes of kanji practice while drinking coffee. It's working out perfect, but I think adding anything else may disrupt the harmony I've cultivated.

Take out the sitting? No, I can't do that, I need that. I can't take out the kanji.

(I start becoming inflexible, and evaluating the "value" of my practices.)

Should I wake up earlier?

(Iaido practice is no longer fun, but a task to schedule in.)

Should I just forget it and practice throughout the day when I have time?

(Not directly dealing with my desire to practice, leaving it to be decided by the outside world instead of myself.)

(And I'm tumbling down the mountain.)

So ... there's a lot of things going on around here, but I'll just lightly handle it with the mind I've had that's gotten excited about iaido in the first place.

1.) Iaido is something I've fantasized about for a long time. I remember in my early karate days, weapons were also a part of training. There were many different weapons my sensei worked on, and for beginners he usually had us work with escrima sticks, and then learn bo forms. That is where I was at, but I remember a couple advanced students working on the sword, and I was utterly captivated. My teacher had practice swords on the wall, and an atmosphere about himself and the dojo itself that just filled me with curiousity about the sword. With that dojo I never got to the sword (I still remember and love practicing some of the escrima stuff but don't remember anything about the bo form I learned) and have gone through my martial arts experience without any time with the Japanese sword. (Though I did learn a tai chi saber form I still remember and practice often.) Perhaps I'm so intrigued by the Japanese sword because I've had to wait 10 years to finally begin its practice. I think it's just bad-ass anyway.

I already have a great love and admiration for the sword, I'm not about to sour it with over thinking.

This is a huge thing to get over. When I sit down and rationalize about it all, it makes sense and I can continue practicing for the fun and self-development, but somewhere along the way my egotistical and competitive nature kick in. All of a sudden, I'm training to become the greatest practitioner in the land, absolute number one, seeking fame and riches. Everything about the practice revolves about becoming a revered master one day, and then my practice is something that lives in a fantasy world decades in the future, leaving this moment empty and tormented.

Perhaps this is how some people feel about going to heaven.

Anyway, it's ridiculous to think this way because honestly, there are people who have been practicing these arts for way longer, practice way more, and live in an environment that focuses on their training much more. Now for me, I'm a 28 year old American beginning iaido and going to practice once a week. This is on top of a life that is full in many other aspects. There's no way I'm going to be the greatest swordsman anyway ... and besides, who says I really want to anyway? I mean I wouldn't not want to, but at the cost of other things in my life, I think I'll pass.

So, I'll never be that good anyway, I might as well have fun, forget about the future, and just live my practice. Whatever comes will follow on its own.

This is the major trap I've fallen into with kyudo. I'm learning to rediscover a mind that existed before the ambition and competition.

So, at this point I don't know exactly how and when my solo iaido practice will work out, but I do know for a fact I'm not going to let it bother me.

I'm just going to let happiness be happiness, and that is beautiful.

That is getting out of the way of the technique so that all the aspects of the world and situation can work together. It's relaxing the unecessary muscles, making minimal movements, and making those movements with a subtle grace that allows the big picture with all its little details flow ... like a stream in the woods. 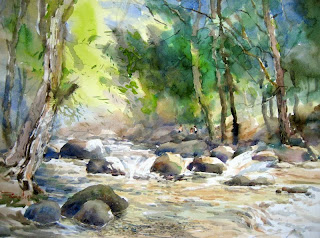 And as of today I'm off for Toyama!

Yes, back to my original Japanese home north in the great mountains, I'm headed to Kokura (Kitakyushu City) where I'll take the midnight bus (holy hell, everytime I take a midnight bus I swear I'll never do it again, and yet here I go) for 9 hours to Osaka, and transfer to another taking 6 hours to Toyama at 3pm tomorrow. I will stay with my wife's family relaxing and meeting a new family member (her sister's new baby!), drink some beers with old friends, then grab the wife and head back down here to Nakatsu in Kyushu where we can properly begin our new life. On the way back we plan to drive to Osaka, and then take a ferry to Beppu in Oita Prefecture. Japanese ferries are always quite an experience, so maybe I can post something about that with some pictures when I get back.

So yeah, I'll be off the radar for a week, but during that time you can check out LOL Sushi and Tokyogamerz, and think of iaido books to recommend to me. 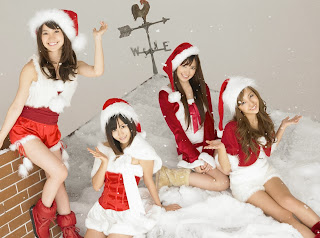