We Are Not Samurai 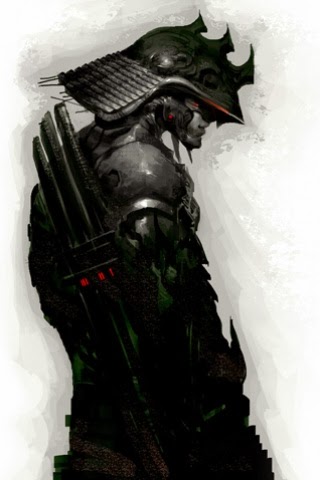 In answering this question I want to get to the core of human physical emotional and spiritual movements but it gets really complicated in Japan due to a lot of social tendencies. I make it difficult because I have my own American social predispositions. I want to talk about the real underlying principles of it all but I'm afraid most of the discussion will fall into the category of cultural comparison.

Perhaps it's one of the first surface levels before the deeper layers of general human activity. Of course I can't put it all out here due to time and space restrictions, as well as the fact I probably don't see it all.

Anyway I can start with big cultural generalizations:

Americans want to be able to do everything.

Japanese want to do one thing really well.

When I was young and had my first curiousities about beginning martial arts I wanted to become strong.

That strength is less about doing one thing perfectly and more about being able to do anything well. That in and of itself it's own own perfection of life, I think.

There's something about that independence and self reliance. I want to be able to survive alone and provide for myself.

I think understanding what the different levels of early blackbelts mean changes my opinion quite a bit.

I think being a 3rd degree black belt in three arts, or a 10th degree black belt in ten arts is a lot less desirable than being a 10th dan in one art in Japan. It means you've drifted from here to there and without taking one seriously or devoting yourself fully to one single art. Also, in many arts, the first black belt means you're still a beginner and it isn't until after your 3rd degree black belt that you may be considered intermediate. Very generally, for me as a first degree blackbelt to visit another dojo, someone will realize I'm taking the art seriously, but have really just started. At second degree, you can see that someone has spent quite a bit of time in an art and is not necessarily just a beginner anymore. At third degree, perhaps you find some pretty skilled artists who are working on building their own style of movement, but aren't quite at the level to start offering what they have to others. Then at fourth degree, you'll be expected to have a pretty high level of skill and have something worthy enough of teaching others. Above that, I'm not really sure exactly how things go. In fact, I'm still just a first degree at best, so what do I know anyway. These are my impressions after seeing lots of different levels of practitioners in different arts.

Back to the argument of reaching high levels in one art, one could also say there's no way to be good at everything, and trying to blind yourself to that is just an illusion. We only have this much time with our lives on Earth and we can't do it all. We must accpet that limitation and do the best we can with one art.

One could also say that each specific art is a complete world and separate entity on it's own. Filling in it's weaknessess with other arts is uncessary because the system was made to be complete.

The Japanese way of doing things is backed by it's history of tradition spanning many generations with lots of participants. The American vein is benefitted by it's lack of history and freedom to create based on idealizations.

This is where history comes in and the benefits of Japanese culture are largely in debt to it's own.

But how long is that history really?

I am not an expert in Japanese history, but I believe it goes very generally something like this ...

A long long time ago in Japan humans began to fight, and so strength, numbers, and weapons were utilized to win fights.

Theories were borrowed from abroad, states and armies were raised, and warriors became a social class on their own.

With many generations of warriors and wars, martial arts techniques were used to effectively kill in the nature of war.

Then Japan entered 200 years of relative peace in the Edo Period and martial arts left the battlefield and were connected to philosophies and religions like zen. (It was also just before this time that guns were introduced to Japan and adopted in favor over traditional weapons if possible. Perhaps Japan also entered many small periods of peace where this happened.) Martial arts during this time didn't die, but they changed in many ways focusing on art, specialization, and perfection as opposed to immediate practical ability.

Then Japan entered the Meiji Period where the samurai class was abolished and Japanese culture was largely abandoned in favor of the West. Popularity and utility of martial arts in Japan dropped dramatically during this time.

After WWII, martial arts were banned in Japan for a while and lost more favor.

Eventually popularity rose again in the 1960's, thanks a lot to Western curiousity perhaps, and now budo is commonly practiced again in Japan. (I once met an Australian who practiced iaido in Takayama City, Gifu Prefecture who said that budo would be lost without the curiousity of Westerners. I resented this comment at the time, thinking of all of the Japanese budoka I know who practice with no thought for popularity or westerners. I think of all the people who have continued practicing budo through the ups and downs of history. But who knows.)

So, the point of all of this being, what we practice in modern budo is likely very different from what traditional samurai did a long time ago when the purpose of the art was to kill. I don't think it's bad for us to have some ideal of a samurai in our heads and practice trying to reach our goals, but I think we need to understand that if it's that, it's mostly just an image we've created ourselves, absent of historical fact and existence. I think we should seek to study the actual histories of the arts we practice if that's where our interest lays, and seek to practice arts in a way that works with our common era, and the future.

Trying to revitalize the practices of the ancient samurai is akin to preserving ancient art in a museum. That is not a bad thing. I love art, and I love museums. But it's not what I want to do in my martial arts practice. I want something alive and purposeful in my daily life. I want my martial art to change and adapt to the challenges of today. To believe that we are doing what samurai did hundreds of years ago, I think is a bit silly.

However, it is interesting to remember that these arts we are practicing are rooted in violence based on submission and survival.

Strange thoughts in these river flows.
Posted by Zacky Chan at 11:31 PM