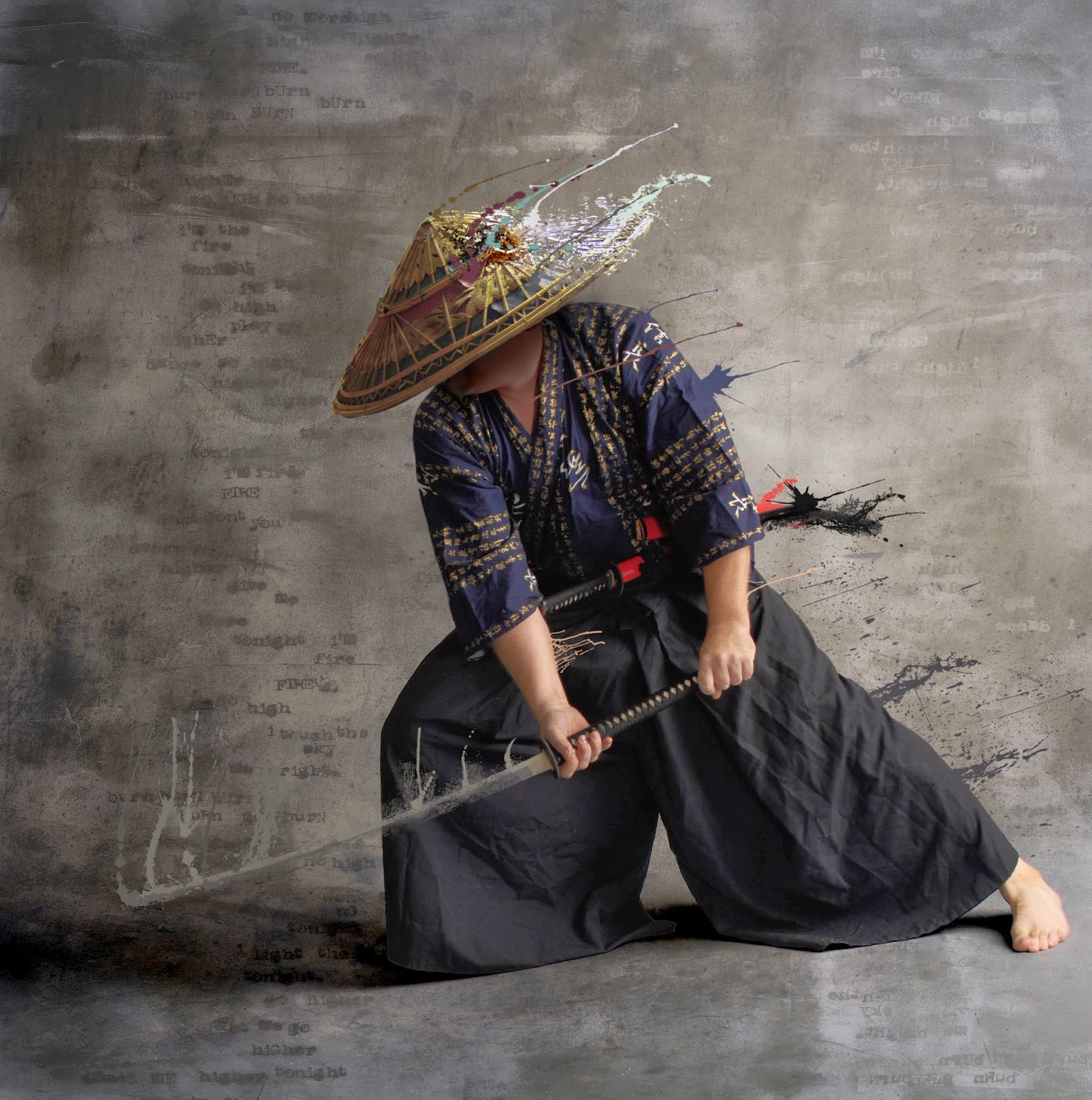 
So iaido is going well and slow. I meet on Friday mornings to practice with Yamamoto Sensei and one other student and practice on my own time in my apartment (trying my best not to slice up the walls and ceilings.)

But last Snday afternoon I got a call from Yamada Sensei, the head sensei of the dojo. I was surprised to get the call and picked up immediately. He asked if I had time to meet the next morning for training. I was caught off guard but accepted and told him I'd be there at any time in the morning or early afternoon. This is what I'm here in Japan for anyway, right?

So I showed up about 15 minutes early for our 10:30 training, earlier than I usually do. The dojo door was slightly ajar. I went in and said my morning greeting, but nobody was there. Maybe somebody was in the bathroom? I heard nothing for a few minutes, so I assumed I was alone. I thought about getting changed and ready, but then I decided against it. In Japan, and as a student, it seemed best to do nothing until I was specifically told to do something. But then maybe one plays into the stupid student role where the teacher comes in and gets mad at you for not getting changed, but if you got changed the teacher asks you why you took the liberty of getting changed without knowing if that's what you should do. Or maybe that thought is just silly. Regardless, I decided not to get changed.

So I walked around the inside of the dojo looking at the scrolls and weapons on the wall waiting for something to happen. After about 5 minutes nobody came and I felt a little weird just standing in the dojo alone, so I decided to wait outside next to my bike. About 3 minues later Yamada Sensei came around the corner fully dressed and said good morning. We went into the dojo. He told me to go ahead and get changed so I did. When I got out we started talking about budo. He's a nice guy and was asking me the normal questions one would ask like, "Why did you want to start iaido?" This was normal, but he seemed much more inquisitive in a way. He was very silent while I talked, which made me a little nervous. I said that I have a great interest in budo, have practiced a few other arts, and since I found the dojo's website online and I've never done iaido before I wanted to give it a try.

We talked more and he mentioned another foreigner who trained with a partner dojo in Tokyo. He's an American and has been training for a while and is currently a 6 dan in iaido.

Then he asked me about reigi in the other arts I've practiced. Reigi is roughly translated as etiquette, and I thought he meant about formal bowing in and such, so I said that in aikido when you enter the mat you bow and then before beginning you bow one more time in the seiza sitting position. I think he was more concerned about timing. Specifically, I think he was trying to get to the point that in this dojo if the sensei says 10:30, then the student comes with enough time to get dressed, sweep the dojo, and get stretched so that practice can begin at the agreed upon time. At that moment is was about 10:43, and the point was made, those thirteen minutes should be spent training, any getting ready and chit chatting should be done before. He was very polite and matter of fact about it, but I laughed a little inside,

"This guy might be more strict than other teachers I've had before."

But that's good. Part of trying new budo is seeing the way other people do things, and I will do everything to adapt to this new environment. I'm happy he told me this straight up because I've actually been a little weary about the reigi of this dojo. The other teacher Yamamoto Sensei is much more informal, and when I was initially told to come at 10:30 the first day, I did and got changed and we usually just start when we do. Now I know, and if I go to another iaido dojo I'll do the same.

A little later on, the other woman who I usually train with showed up (she agreed to come at 11:00), but it was more like 11:04 and the sensei mentioned that she was late. I could see the look on her face which was the same as mine when he told me.

We got started and we did a lot of the same things we have done with Yamamoto Sensei. I think largely Yamada Sensei was gauging these two new students and making sure that we were clear on a lot of the basics. First he asked me to explain what I was doing when I swung the sword, which wasn't easy, but I did so and he reminded me of things I forgot to mention. He spent most of the time repolishing a lot of the things we had learned. It was great and made me much more attentive of the little details. He's the kind of teacher that will naturally make you a lot more conscious of doing the little details right when he's around.

Here are a lot of the specific details we went over in the class:

-Don't move the body up and down when you swing.

-Slice with the tip of the sword, the landing spot being an opponents face, and from there pull back to your stomach.

-10 back, 8 forward. This is with swinging the sword. Raising the sword to the ready position is arguably the most important, because if you're not there, you can't swing it down, so there is an emphasis getting to that ready position, which makes it a bit fast than the downward slice. Also, it puts a good tension in the movement, spreading the chest and elbows out.

-When raising the sword above your head with the previous points, act as though you're stabbing something behind you.

-The power of the cut comes from your rear hand, the forward hand is largely for guiding the blade, and so tension should be taken out of that front hand on the sword.

- Also practice in the left stance.

-Keep mouth slightly open to relax, act as though you have a small egg you don't want to crack in your mouth.

-Breath in as you raise the blade, out as you swing down. Hide the breath so that an opponent can't read your intentions and movements.


He's a very nice man, and seems proficient in his art, but honestly I really can't tell well what it means to be a great iaidoka yet. I enjoy his crisp and strict attitude and greatly look forward to training with him again. I'll go to the next normal Friday training with Yamamoto Sensei, but then he asked us students to come again on Sunday.

Anytime I hear the word "Sunday" come from a teacher is a small time of panic for me. I keep myself busy through the week, and Saturday is usually no different with work, errands, budo, or planned events, so Sunday really is my sacred day. I never really worried about this so much until I came to Japan, the number one offender of countries not respecting Sunday freedom. Generally, everyone in this country works hard at jobs or school throughout the week, and so when special group events happen (as they often do with work, school, extra curricular activities) it happens on Sunday. I think when Japanese do relax, they are really good at doing absolutley nothing or drinking a lot, because they usually do have to do something on their days off. Anyway, I cringed at the sound of Sunday training, but then again, this is what I came here to do anyway, so I agreed happily, if not a bit hesitant. The wife and I are strapped for cash after making the recent moves and perhaps this Sunday training will keep me from extra spending. No matter how awesome the budo, I don't think I could ever consistently give away the Sunday.

But then who knows.

The path of the sword continues!
Posted by Zacky Chan at 5:02 PM