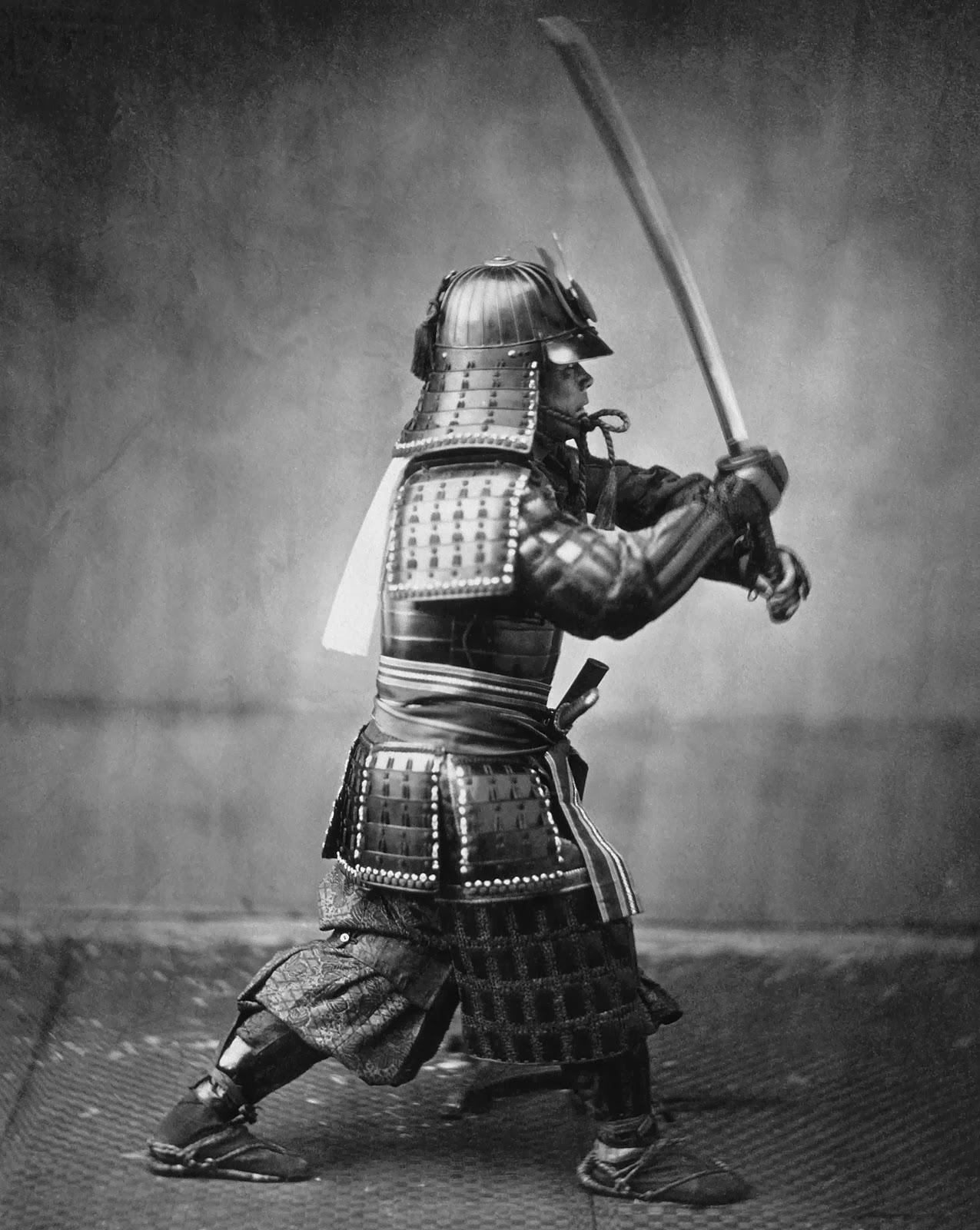 Today I had my second practice with Yamada Sensei and it was invigorating. I was sure to get there early, and ready to see what was going to happen. When I went the door was locked and nobody was around, but I saw Sensei's car. Last week Sensei said I should go in myself and get ready before the lesson, but now it was impossible. Is this another test!? I mused wondering if sensei's trying to mess with my head in some extra training. But he came out of the nieghboring house, and showed me the key hanging just outside the door. So I went in, got ready, the other student came, and we started practice. Time disappeared as I focused on the immediate.  At one point I thought about looking at the clock, but decided against it. It ruins everything, and by not looking I think I build a habit of not caring. I had nowhere else to be that day, I was consumed with iaido at the moment. There's no need for clocks in this time.

Yamada Sensei is a great teacher. We start by practicing swinging the sword straight up and down, the most basic of techniques, move to something else, then go back, and I'm way better all of a sudden. He shows us the basic movement in so many different ways, training the little details of the single movement in various movements so each time we build and build these little bricks to make a big swinging sword castle. We move to something else, and come back and I'm way better again. In the end all we're doing is swinging a sword, but when you look closely, there's a lot more details than you noticed a first. I feel like I'm making a lot of progress with this practice.

Here's some of the details we worked on and things that come to mind now.

I realized my worst habits are not keeping my back straight and bouncing when I swing. It's also not raising the blade in front of me from the tip. Then there's also squaring my shoulders straight when I'm facing forward (maybe a habit left from aikido where you're also in the hanmi position and never facing forward with square hips).

The two biggest things helping my technique are cutting with the back hand while the front guides the sword. Also stretching my self, arms, and blade at the furthest point of impact, extending completely. When I relax my front arm, extend fully, and snap with the back hand, it feels good and I can hear the swish of the blade through the air, which is a good sign.

This is one of the interesting parts of iaido, and perhaps where one can learn from the sword itself.

Sensei said we learn aikido using the 5 senses. We watch a teacher, we feel the weight of the blade, we listen to the sound of the  blade, smelling ... not sure about that one yet ... taste ... I'm not sure I want to taste the blade, but for some reason I can imagine learning iaido by taste ... I'll have to work on that in my head, though.

One other interesting point we worked on was the sensitivity of our hands on the sword. If we stand with another person and touch blades, we can sense so easily the slightest little bit of movement with the nerves in our hands. An amazingly small amount of movement or pressure is so clearly felt. I remember going over this in aikido, like when someone grabs our wrist, they can feel you react by flexing or moving our hand, so you work to move in ways that people can't detect what you're going to do. I forgot how sensitive we are to this without even noticing.

So yes, progress with the sword! Things are moving slowly and well. I think I'm building a good schedule between iaido and kyudo ... and everything else in life! I don't know what's going to happen in the future, but it feels good today.
Posted by Zacky Chan at 2:42 PM