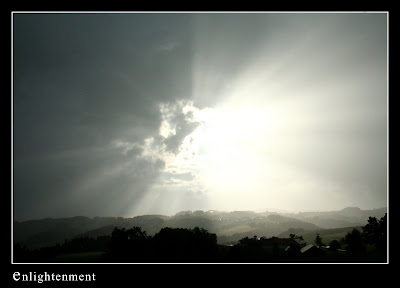 After an hour alone with my bokken and jo (wooden sword and short at staff) I just realized that most of the movements I have learned with them are trying to get you to do a proper irimi at the smallest angle while directing your center towards your opponent.

Last night I was just reading a part in a book about aikido called, "It's a lot like dancing", where the narrator Terry Dobson had been training with O'Sensei for a long time and had refrained from asking a question about aikido technique, as it seemed to be a bit of a pet peeve. That is until one time, when he coudn't take it any longer, and asked his question. O'Sensei waited through a long silence to say something to the effect of, "Why don't you figure it out?"
Posted by Zacky Chan at 6:42 PM